Sanya Malhotra will feature alongside Rajkummar Rao in HIT remake 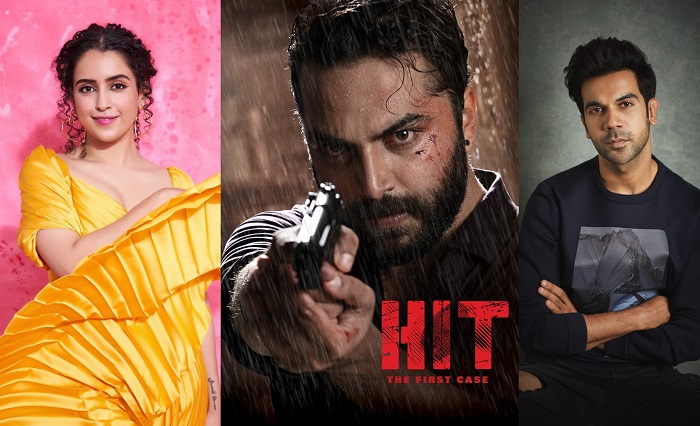 HIT stands for Homicide Intervention Team and the film will revolve around a cop who is on the trail of a missing woman. Filmmaker Sailesh Kolanu will be directing the Hindi remake which is currently in pre-production and will hit the silver screen soon.

The Hindi remake, which is being produced by T-Series Bhushan Kumar, Dil Raju, Krishan Kumar and Kuldeep Rathore. The Tollywood movie HIT, which was produced by actor Nani, featured Vishwak Sen and Ruhani Sharma in the lead roles.

Sanya has been garnering praise for her performances in recently released "Pagglait" and "Ludo". She will next star in "Meenakshi Sundareshwar", co-starring Abhimanyu Dassani and produced by Karan Johar. She will also appear in Shah Rukh Khan's upcoming home production "Love Hostel", along with Bobby Deol and Vikrant Massey.