First look poster of "Oh My Ghost" was unveiled by Vijay Sethupathi. This is the second tamil movie of Sunny Leone. She made her first tamil debut in the "Vadacurry" film for one song "Low Aana Life U" with Jai. But this film she's acting in the lead role along with Darsha Gupta, Sathish, Thangadurai, GP Muthu. It's a horror comedy film and directed by R Yuvan. 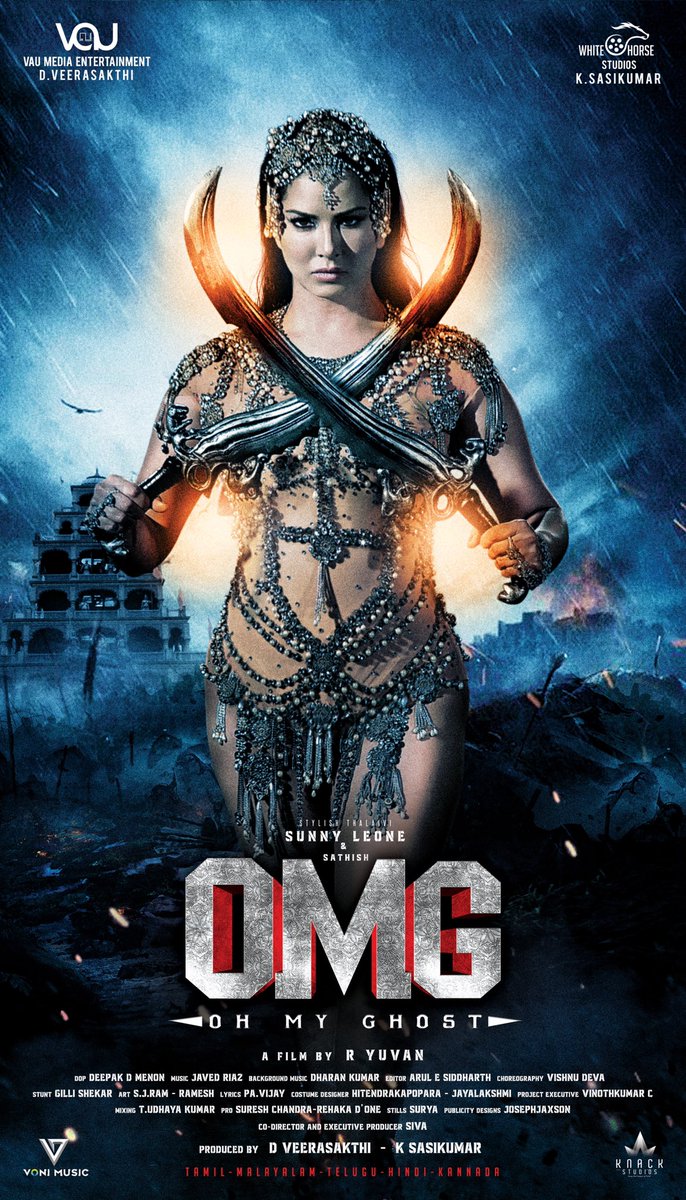