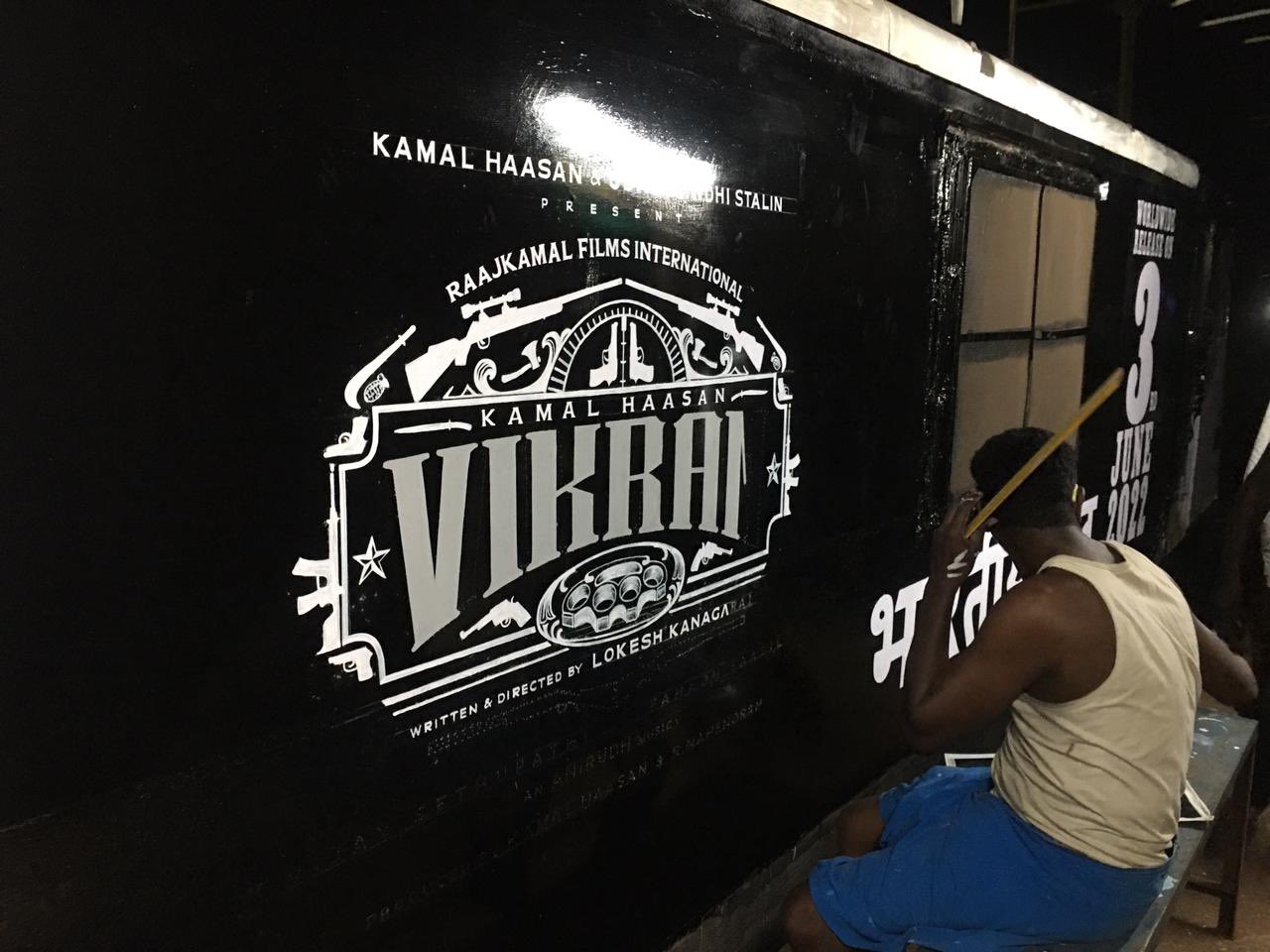 Raj Kamal Films and Red Giant Movies are producing the movie and they started the promotion by painting the train.