Jana Gana Mana OTT Release: When, Where to Watch

Prithviraj Sukumaran’s blockbuster malayalam film Jana Gana Mana is a courtroom drama, directed by Dijo Jose Antony who made his directorial debut with 2018 thriller Queen. Jana Gana Mana is one of the biggest films in Malayalam and after several postpones the film is releasing in the theaters on April 28, 2022. The overall budget of the movie is around Rs 10 Crore. The film has done excellent business in the theatres. The movie earned approx Rs 9 crore on its first day and has grossed Rs 50 cr so far. 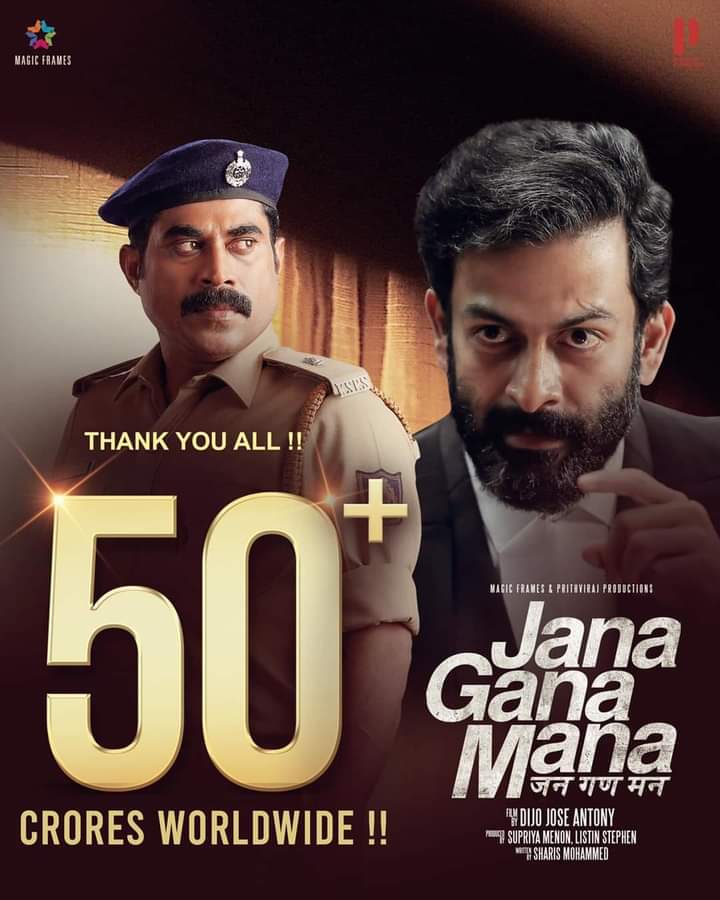 Jana Gana Mana was highly-anticipated projects of Prithviraj, depicts a face off between a criminal and a cop. The story revolves around the alleged murder of a professor and the subsequent protests by the college students, who want justice for the slain professor. The issue takes many complicated turns involving police venality and political malfeasance.

Prithviraj is portraying the role of Advocate/DCP Aravind Swaminathan while Suraj is acting as ACP Sajjan in this movie. It also stars Mamta Mohandas, Sri Divya, Dhruvan, Shari, Shammi Thilakan, Raja Krishnamoorthy in the key roles.

Reviews: Critics and audiences have showered love and accolades on the film. Especially the performances of Prithviraj Sukumaran and Suraj Venjaramoodu have received great appreciation from reviewers. Audiences have also appreciated the film’s bold, hard-hitting approach to the sensitive issue of police encounters, fake or otherwise.

Netflix has apparently purchased the digital rights to the picture and the platform giant officially announced the streaming date on June 2nd, in Malayalam, Tamil, Telugu and Kannada language.