Sivakarthikeyan's DON to premiere on NETFLIX

Sivakarthikeyan's Blockbuster college drama Tamil as DON/ Telugu as College DON, directed by Cibi Chakaravarthi. The film OTT release on Netflix from June 10th. DON released in theatres on May 13 and within 12 days has hit the Rs 100-Crore mark. The film have registered the highest openings in Sivakarthikeyan's career and the second consecutive film to join the coveted Rs 100-Crore club after Doctor. 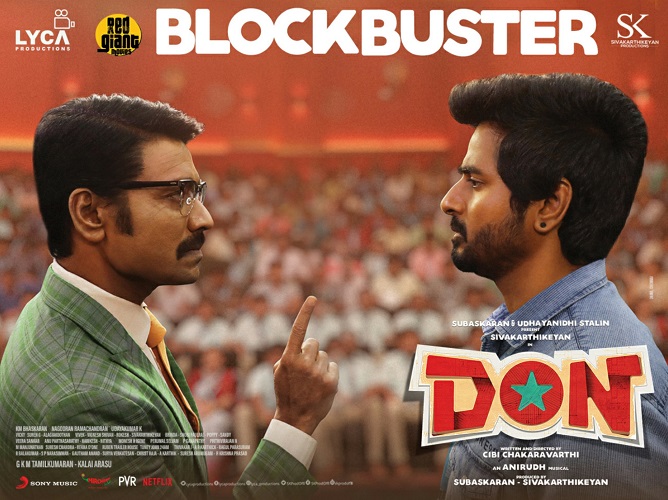 Director Cibi Chakaravarthi makes this cocktail by filling up the narrative with social commentary on the dated educational system and a feel-good romantic track. Hence the film, which had opened to positive reviews from critics and audience, praising the cast's performances (especially Sivakarthikeyan, S. J. Suryah and Samuthirakani), Anirudh's soundtrack, Cibi's screenplay, climax and emotional weight. 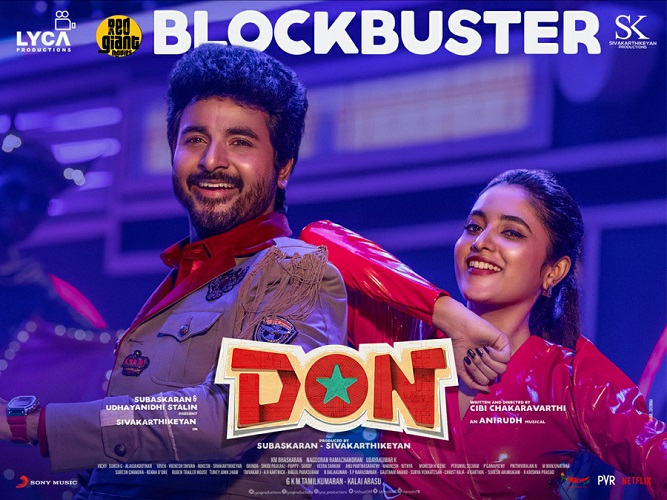 DON was shot extensively across Tamil Nadu including Coimbatore, Chennai, Pollachi and Udumalaipettai, while a song was filmed in Agra.

Sivakarthikeyan currently awaits the release of the upcoming Tamil science-fiction thriller Ayalaan. His untitled film with Anudeep (tentatively titled as SK 20) is expected to hit the screens later this year. His next project Maaveeran to be directed by Rangoon fame Rajkumar Periyasamy.