Actor Nivin Pauly - Filmmaker Rajeev Ravi's highly anticipated malayalam movie Thuramukham was slated to release on June 3rd. However, the makers of the film, announced that the film has been pushed further once again, due to legal issues. The film will be hitting the big screens on June 10. The announcement has disappointed viewers who have been looking forward for the release this week. 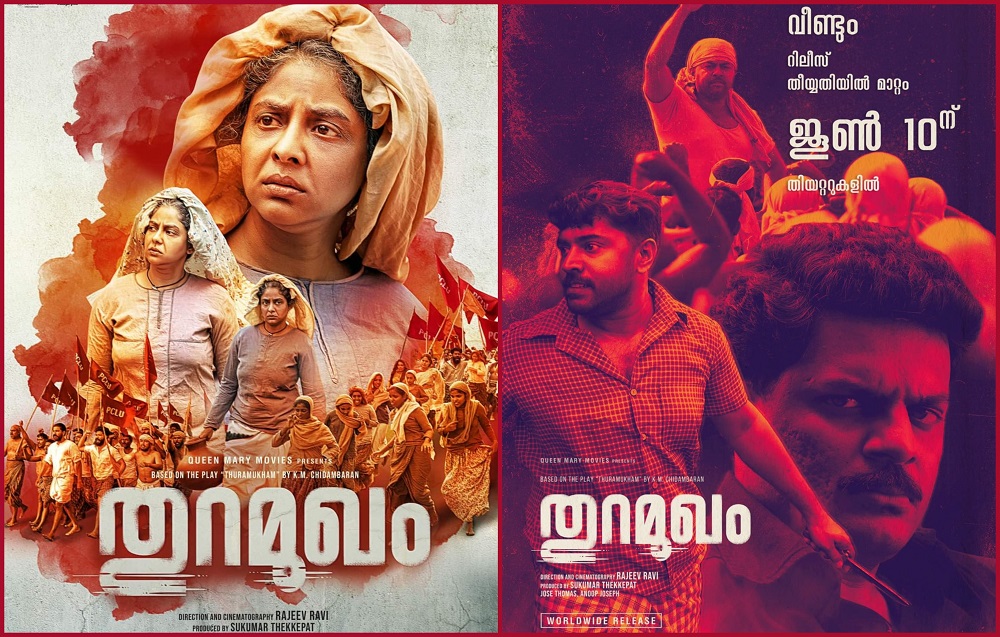 Thuramukham is touted as an action-packed period movie and the script is penned down by the writer Gopan Chidambaram, based on his father KN Chidambaram’s stage play of the same title. The film has a battalion of actors that include Indrajith Sukumaran, Nimisha Sajayan, Joju George, and Poornima Indrajith.

The film set in the period of 1927 to 1953, in the backdrop of Cochin Port. The film revolves around the 'chappa' system widely practiced in the Cochin harbour in the 1940s and 50s. Metal tokens called Chappa were thrown at the workers waiting for work. The ones who managed to grab the coins were guaranteed the job. The chaotic system often led to commotion and violence. The story further revolves around two brothers being on opposing sides, in the day labourers epic struggle against dock bosses.