HIT - The First Case is the remake of the 2020 Telugu hit of the same name, directed by Sailesh Kolanu, who helmed the original. The film is slated to release on July 15th. Bollywood actor Rajkummar Rao plays the role of a cop, Vikram. He reprise the role of Vishwak Sen in Telugu film. Sanya Malhotra essays the role of the female lead in the film. The actor had made her debut with Love Sex Aur Dhokha and has been a part of several popular movies like Kai Po Che!, Queen, Aligarh, Stree, Omerta, etc. 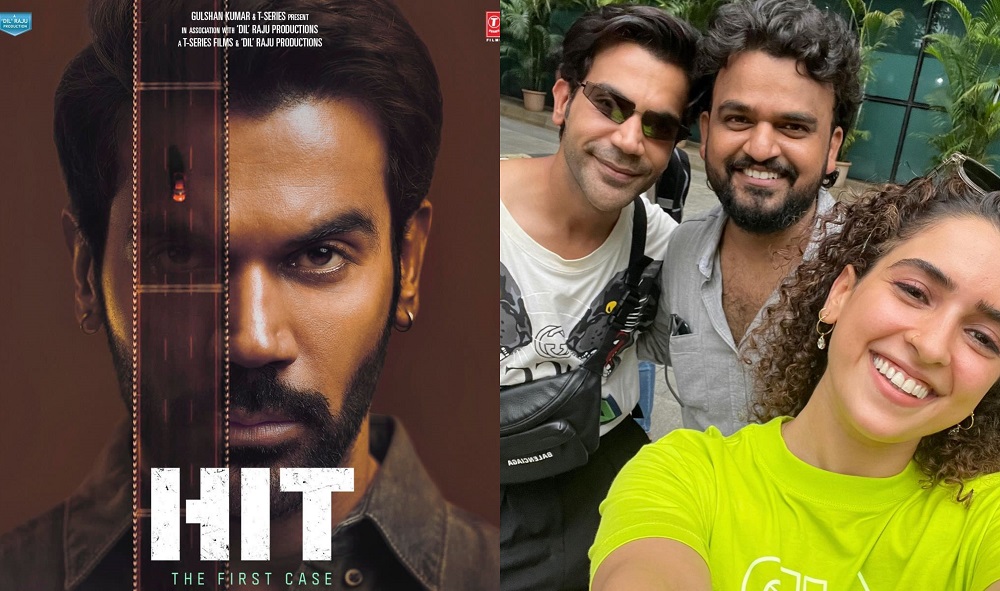 HIT revolves around an officer of the 'Homicide Intervention Team' (HIT) who doesn’t mind going an extra mile to rescue a woman who goes missing. The Hindi version is bankrolled by 'T-Series’ Bhushan Kumar, Dil Raju, Krishan Kumar and Kuldeep Rathore.

The makers officially released the poster along with release date. In this poster, He is seen sporting a neatly trimmed beard and earrings on both ears. He gives an intense look in the poster.

On the work front, Rajkummar has Mr And Mrs Mahi, Bheed, Second Innings, Monica, O My Darling, Swagat Hai in the pipeline. Meanwhile, Sanya is busy with Atlee's Jawan.