Bhool Bhulaiyaa 2 hit the big screens and began breaking records at the box office. The much-loved film recently crossed the ₹ 175 Cr mark and continued to soar at the box office, during its fourth week on the big screen. The film directed by Anees Bazmee, the film is finally premiering on the OTT platform of online streaming giant Netflix and will be available to watch on our screen in the comfort of our own homes from June 19, 2022. 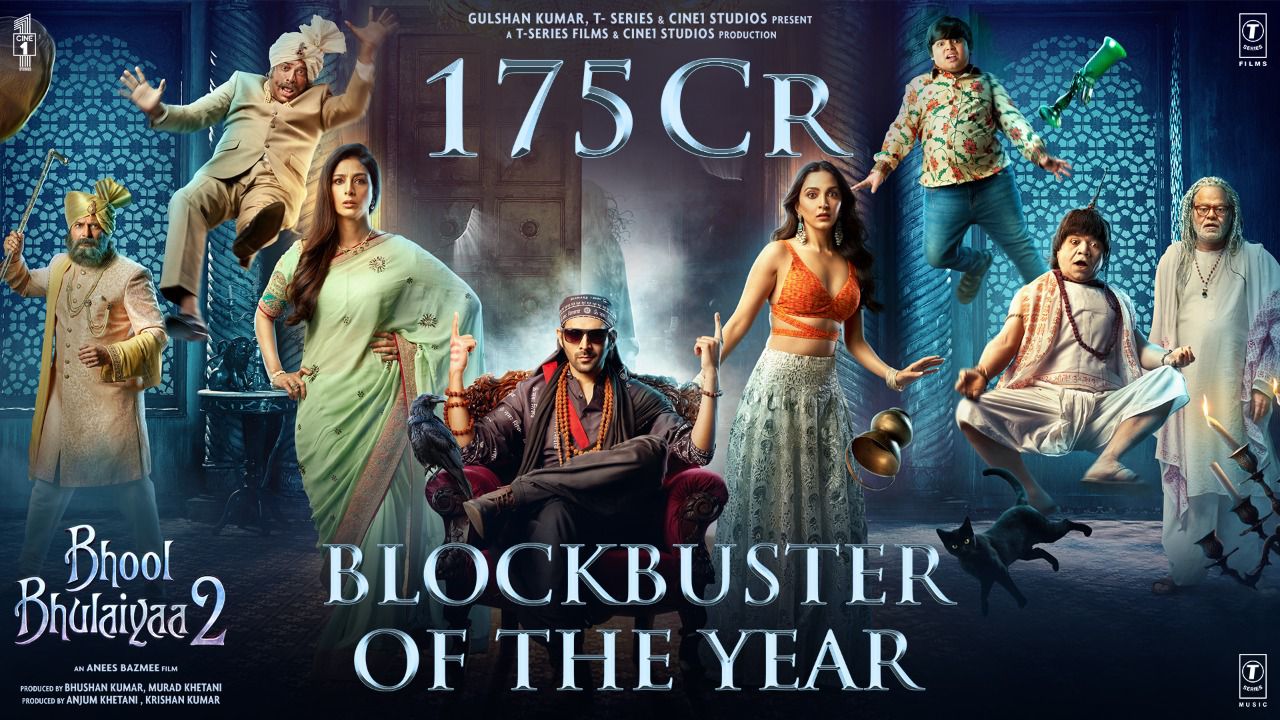 Actor Kartik Aaryan was praised for his performance along with Kiara Advani and Tabu. The film follows the story of the infamous spirit Manjulika, as shown in the previous Bhool Bhulaiyaa, and her story with yet another family starring Ruhan Randhawa (Kartik) and Reet (Kiara). Tabu played dual roles and Rajpal Yadav made a return as Chhote Pandit.

Bhool Bhulaiyaa 2 is the sequel to Akshay Kumar and Vidya Balan's 2007 psychological horror comedy of the same name, which took in more than 55 crore over the weekend. While Priyadarshan had directed the original, this time Anees Bazmee is in the director’s chair.

This is Kartik Aaryan's second film to earn over Rs 100 crore. The film has earned ₹252.30 crore worldwide to become the second highest-grossing Hindi film of 2022 after The Kashmir Files