Karthikeya 2 and Thank You conflict at the box office

Naga Chaitanya awaits the theatrical release of 'Thank You' on July 22. On the same day, another Telugu movie is scheduled to release in cinemas 'Karthikeya 2' starring Nikhil Siddharth. Both the films belong to different genres.

Thank You was scheduled to release in theatres on July 8, has now been postponed to July 22 due to post-production delays. Hence two films clash with each other. This clash will be interesting clash at Box Office 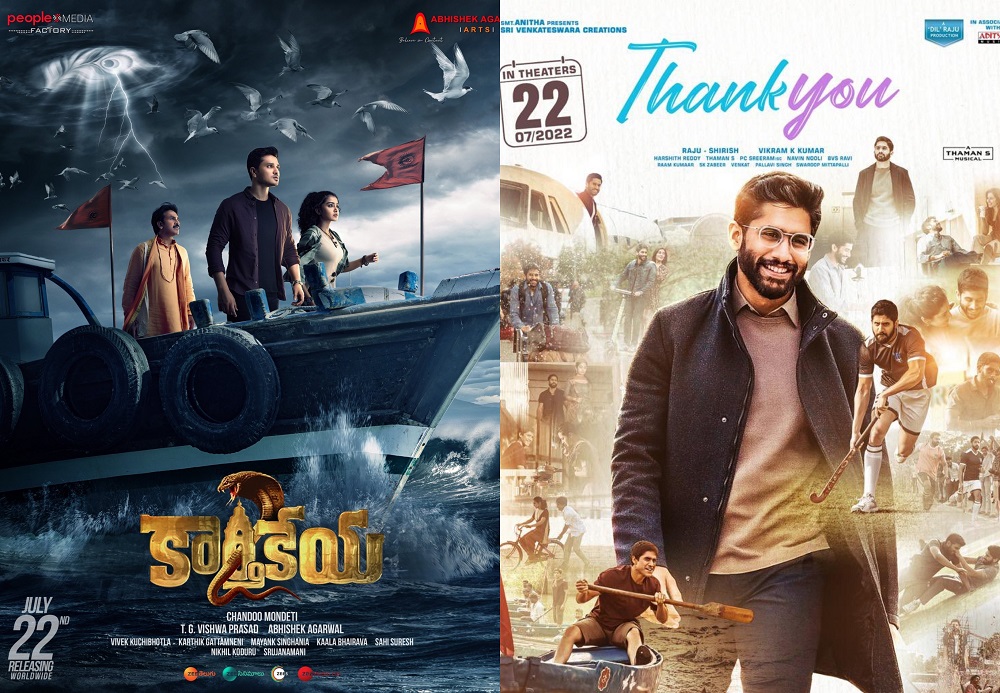 Which film will you be going for? Karthikeyan 2 or Thank you