Arulnithi's Dejavu to stream on OTT from this date

Arulnithi, who has entertained the movie buffs with several blockbuster thrillers in the past, his latest crime thriller film Dejavu directed by Arvind Srinivasan. The much awaited film is released in theaters and have been receiving mixed reaction from critics. Now, it is going to enter OTT to tickle the bones of the viewers. Dejavu will start streaming on Amazon Prime Video (India), Tentkotta and Simply South (outside India) from August 19, 2022 onwards. 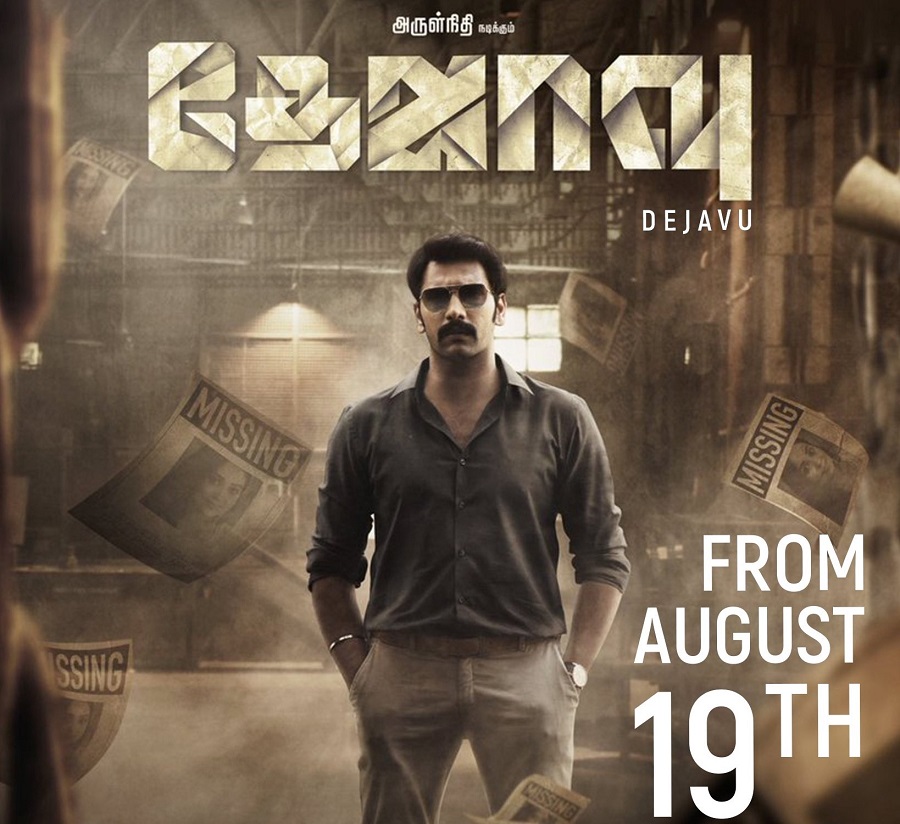 Arulnithi played as an Investigating officer. The film is based on a murder series which creates suspense in the film. Dejavu also stars Madhu, Achyuta Kumar, Smriti Vekat, Mime Gopi and Kali Venkat in lead roles.

Have a look at its Sneak Peek here

The Movie is Produced by K Vijay Pandi and PG Muthiah under the banner White Carpet Films and PG Muthiah. Ghibran created the entire soundtrack for the movie. Lyricist Viveka wrote the songs for the movie, and PG Muthaiah handled the photography. The movie was edited by Arul E Siddhartha.

Apart from, Arulnithi eagerly waiting for the release of Diary. The film will release in theatres from August 26, 2022. Besides Diary, Arulnithi will next appear in an untitled movie by Gowtham Raj, who is known for directing the popular thriller Raatchasi.