Ratsasan Remake in Hindi as Cuttputlli, Premiere directly On Hotstsar

Bollywood superstar Akshay Kumar has released an array of films in 2022 like Bachchan Pandey, Samrat Prithviraj and the latest Raksha Bandhan in cinema theaters. Well, now he is planning to release his next film Cuttputlli, will be directly released on Disney+ Hotstar, on September 2, 2022. Cuttputlli is Akshay Kumar’s second release on the OTT platform, following Laxmii (the Tamil remake of Raghava Lawrence's Kanchana) also premiers on Disney+ Hotstar. The film is the previously titled ‘Mission Cinderella’, directed by Ranjit M Tiwari of "Bell Bottom" fame. 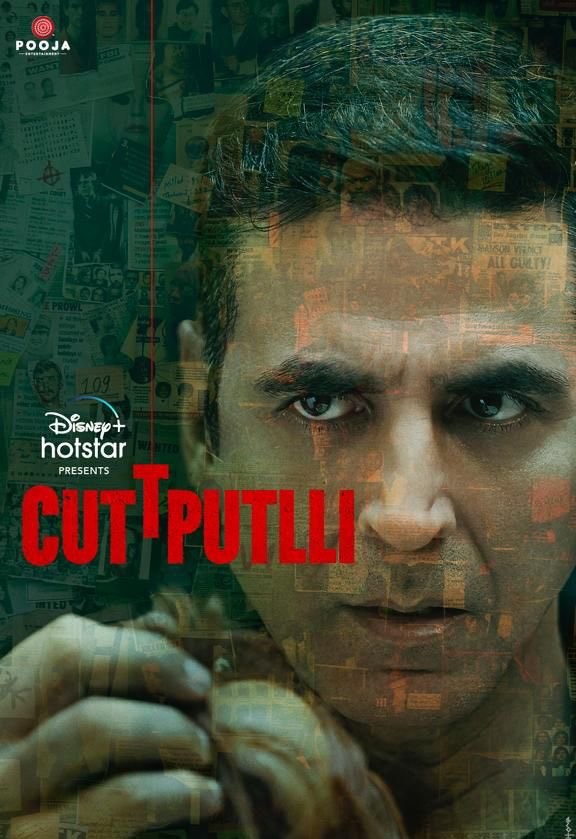 This Hindi psychological thriller film is an official remake of 2018 Tamil film Ratsasan, which featured Vishnu Vishal and Amala Paul in the lead. It was directed by Ramkumar of Mundasupatti-fame.

The film's plot centres on a budding director who wants to make a film on psychopaths but, after receiving numerous rejections, gives up on his ambitions and joins the police force under pressure from his family. He is now on a quest to find the serial murderer responsible for these murders because there have been some tragic instances involving the violent slaying of a few schoolgirls in the city.

Akshay shares the frame with Rakul Preet, Chandrachur Singh and Sargun Mehta in this film. This movie produced by Pooja Entertainment, who earlier produced Bell Bottom too. The screenplay and dialogues written by Aseem Arrora and lensed by the award-winning cinematographer, Rajeev Ravi of Moothon-fame.

Further, the actor will be seen in the Hindi remake of Soorarai Potru, besides Ram Setu, OMG 2, Gorkha, Capsule Gill and Selfie.