Viruman is a high-octane commercial film of Karthi, directed by Muthaiah, who is known for his village based, cast oriented and region based scripts. Cinematography was handled by Selvakumar S.K. The music was composed by Yuvan Shankar Raja, and the film was funded by 2D Entertainment.

The village based mass entertainer had a great start at Box-office and opened to highly positive reviews. Made on an approximate budget of Rs. 25-30 crore, collected over 50 Cr worldwide. The movie will begin streaming on Amazon Prime Video on September 11 after a successful run in theatres. The news was recently announced on the OTT platform's Twitter account. 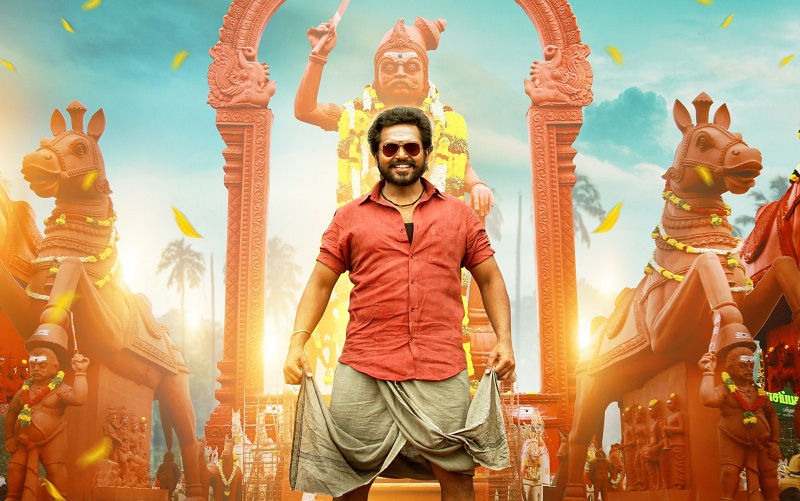 Karthi played the titular role in the film whereas Director Shankar daughter Aditi Shakar played his love interest Thaen. Aditi making her debut as the female lead. Apart from the leads, the movie also features Prakash Raj, Rajkiran, Soori, and others in important roles.

The film’s revolve around a young village boy Viruman, who leaves his house after he gets to know that his father is the reason for his mother’s suicide. Since then, there has been rivalry between him and his father.

Karthi’s upcoming movies include Ponniyin Selvan and Sardar. The actor will sport a dual role in the latter movie, directed by P.S. Mithran.