Bheemla Nayak is a Telugu Language Action-Drama Movie directed by Saagar K Chandra and Bankrolled by Sithara Entertainments, the flick has Thaman’s music. Bheemla Nayak is the remake of 2020 Malayalam action- drama Ayyappanum Koshiyum, which was directed by popular Mollywood director K.R. Sachidanandan aka Sachy.

The film was a blockbuster with a lifetime collection of Rs. 52 crore and it features actors Prithviraj and Biju Menon in the lead roles. In Telugu version, with Pawan Kalyan and Rana Daggubati reprising their roles as Biju Menon and Prithviraj. 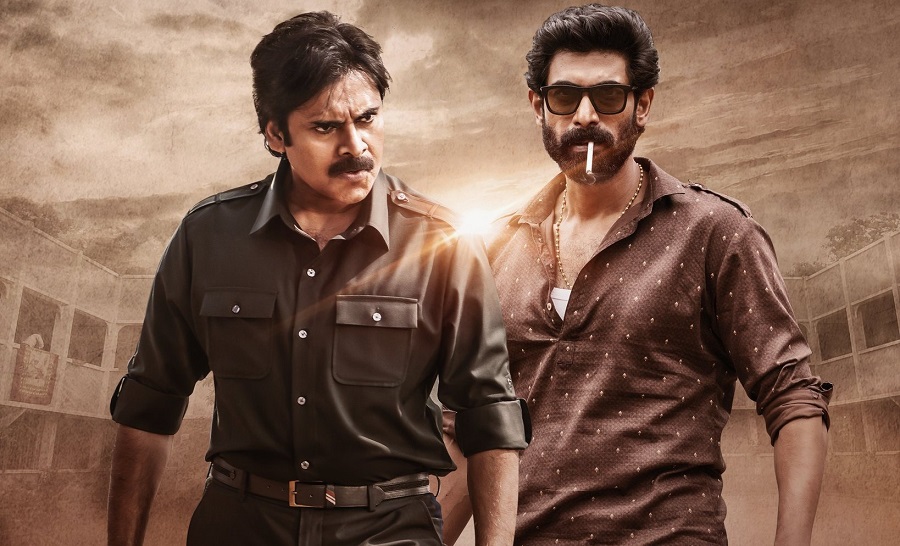 The plot revolves around the clash between a cop and a politician's son after the officer arrests him. Pawan Kalyan can be seen taking on the role of a police officer in the film, while Rana plays the antagonist.

Nithya Menen, Samuthirakani, Murali Sharma and Samyuktha Menon played pivotal roles in the movie which has cinematography by Ravi K Chandran and editing by Naveen Nooli.