Arulnithi is one of the prominent actors in the Tamil industry, his latest Suspense, Thriller Diary, was directed by debutant Innasi Pandiyan, released on 26 August, has also received good reviews from the audience. The film was rated 8.5 out of 10 on IMDb. 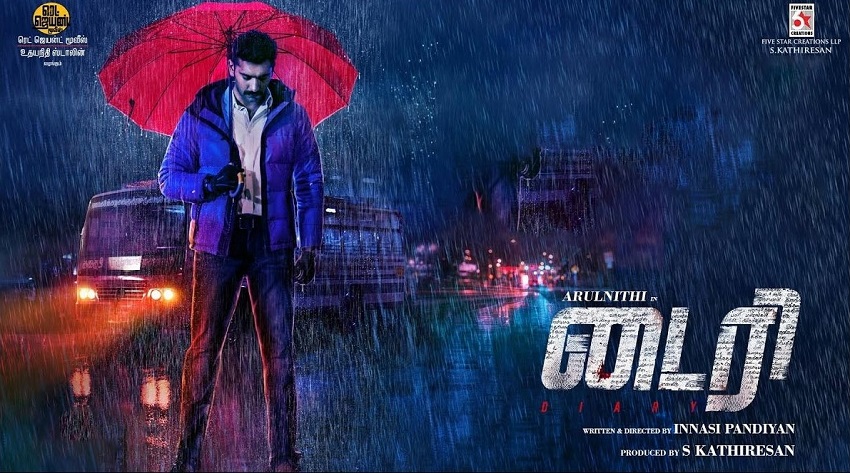 Latest Buzz is that the film will be made available on Aha Tamil from September 23 onwards. Diary also featuring Pavithrah Marimuthu, Shah Ra, Kishore and Jayaprakash. The movie cinematography was done by Aravinnd Singh and the editing was handled by SP Raja Sethupathi. Music was composed by Ron Ethan Yohann and produced by S Kathiresan under the name of Five Star Creations LLP.

The film keeps you stick to the couch. Number of accidents take place on the road from Mettupalayam to Ooty at the 13th hairpin curve. However, the police never discovered any evidence of the cause. Then comes Arulnithi who gets involved into the investigation to find out the cause, and the rest is to find out whether he was able to solve the mystery or not.

Arulnithi is currently busy with Raatchasi fame director Gowthamraj's project in which he is sporting a never-before-seen look.