‘OTTU’ Streams on Four OTT Platforms From This Date!

Nna than case Kodu’s popular star, Kunchacko Boban latest malayalam film Ottu. This movie is a bilingual movie made both in Tamil and Malayalam, Tamil version of this movie is titled as ‘Rendagam’. Ace actor Aravind Swamy also play the lead role. Movie is directed by Fellini TP and produced by Arya, Shaji Nadesan. 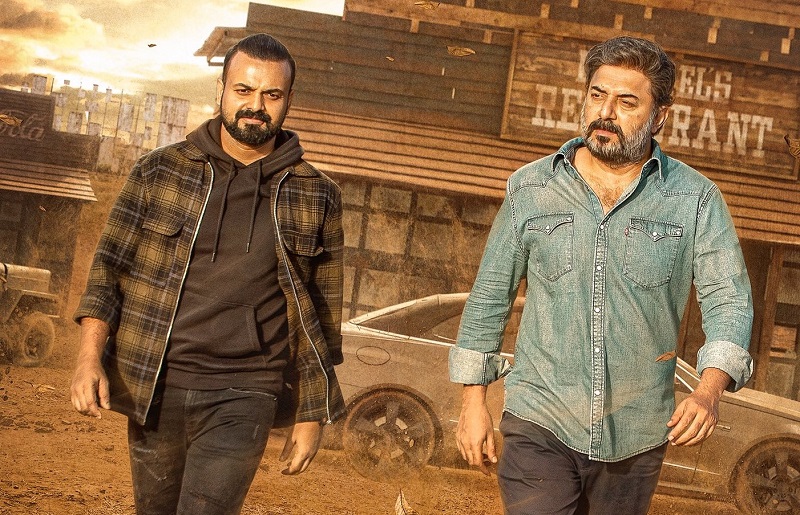 Both the audience and critics appreciated the lead actors’ combination; however, the Malayalam version film received a mediocre response and the Tamil version received a negative response from the audience. Fans are keen to know the OTT release date of ‘Ottu’ so that they can watch the film from the comfort of their homes.

Ottu/ Rendagam is an action thriller centred on Kichu (Kunchacko Boban), an idle guy who dreams of making easy money. He is offered an odd job of befriending a strange man called David (Aravind Swamy), who has lost his memory. Kichu accepts the job, until all hell breaks loose.

Besides Aravind Swamy and Kunchacko Boban, the film also stars Eesha Rebba and Jinse Baskar in significant roles. A H Kaashif wrote the film’s score, and Gautham Shankar was in charge of the photography. Appu N. Bhattathiri is the film’s editor.

The film will premiere on OTT on the exclusive Saina Play and Manorama MAX only Malayalam. The film also premiere on Prime Video and Simply South (outside India) in Malayalam, Tamil version on October 6, 2022.