Riteish and Genelia Deshmukh are making a comeback to the big screen with 'Mister Mummy'. It marks the couple's fourth Hindi film after 'Masti', 'Tujhe Meri Kasam' and 'Tere Naal Love Ho Gaya'. Helmed by Shaad Ali of 'Bunty Aur Babli' fame. Mister Mummy is a comedy film about a man getting pregnant. 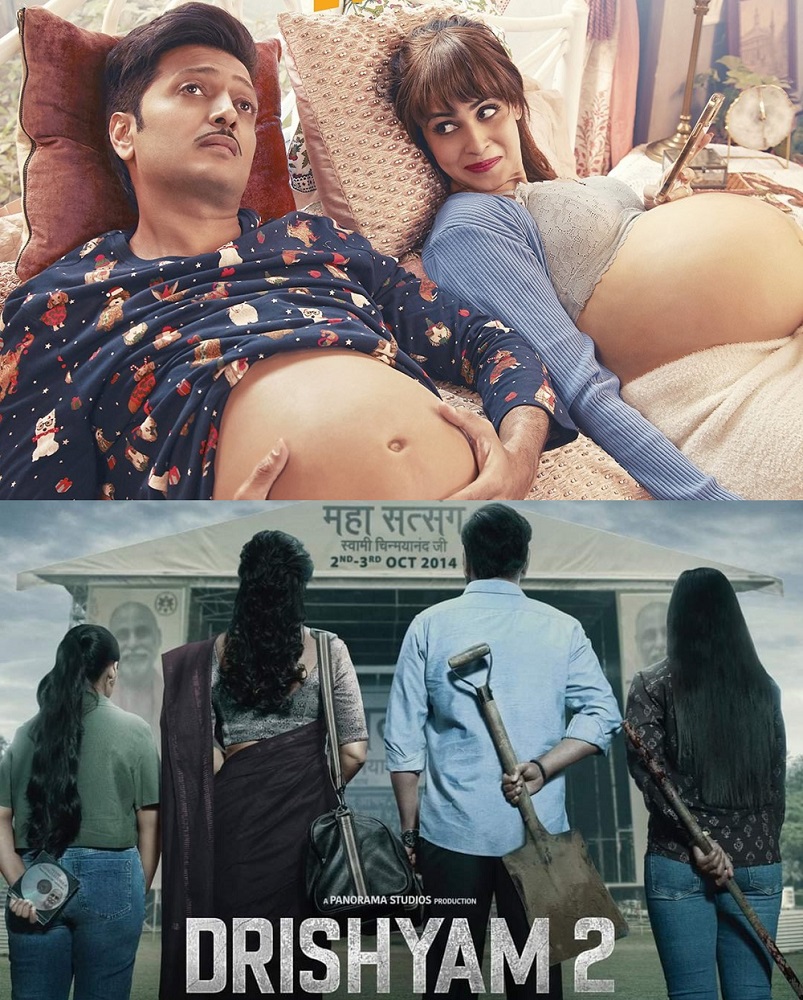 The release date of the film has been postponed by a week and it will now release on 18th November 2022. So, this means that the movie will be clashing with much anticipated Ajay Devgn, Tabu and Shriya Saran starrer Drishyam 2. The movie was going to get a solo release, but now as Mister Mummy has been postponed, that’s not happening.

Drishyam 2 is a remake of the 2021 Malayalam film and also the sequel to Drishyam (2015). The second instalment of the Hindi film franchise will also feature Akshaye Khanna in a pivotal role and fans are eagerly awaiting its release.

So it will be interesting to see which film to hit the box office first.