Megastar Mammootty is presently basking in the success of his last film Rorschach. His upcoming Malayalam film "Kaathal The Core" directed by The Great Indian Kitchen filmmaker Jeo Baby, and is touted to be a family drama. In the movie, Mammootty will be seen playing the role of a political candidate named Mathew Devassy.

The makers unveiled the first look poster. The poster features the Malayalam superstar and the film’s co-lead actor Jyotika sitting and having a laugh on the porch of their house. 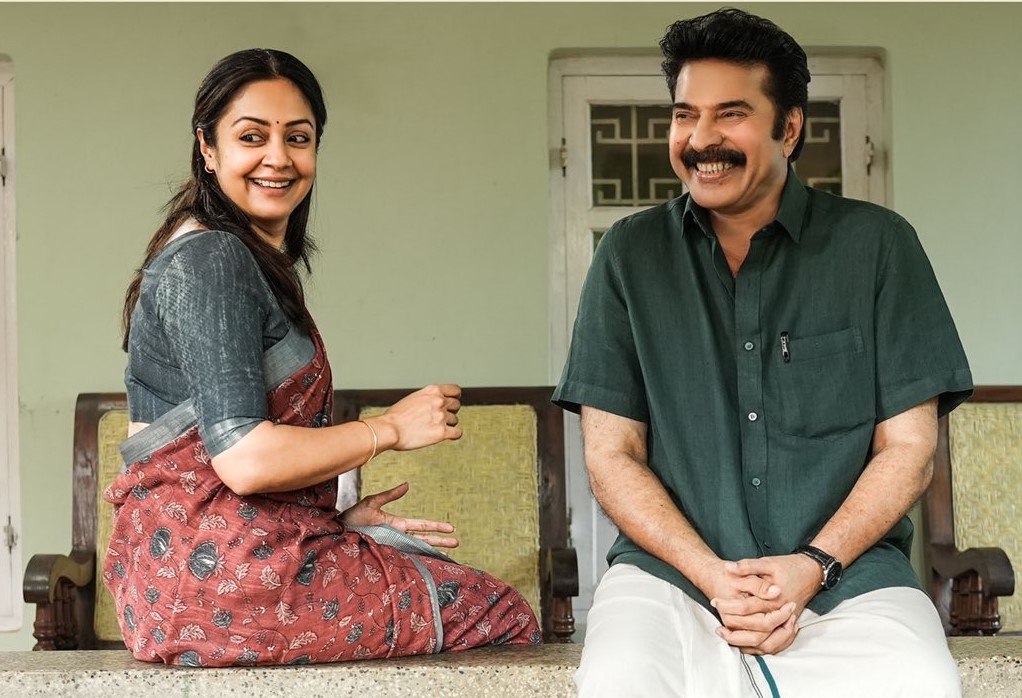 The script of the film is penned by the writers Adarsh Sukumaran and Paulson Skaria. The cinematography is handled by Salu K Thomas. Mathews Pulikan has composed the music for the film. Along with Mammootty and Jyothika, the cast also includes actors like Lalu Alex, Muthumani, Chinnu Chandni and Sudhi Kozhikode, who will be seen playing the supporting roles. The film marks Jyotika’s third Malayalam film and her first with Mammukka.