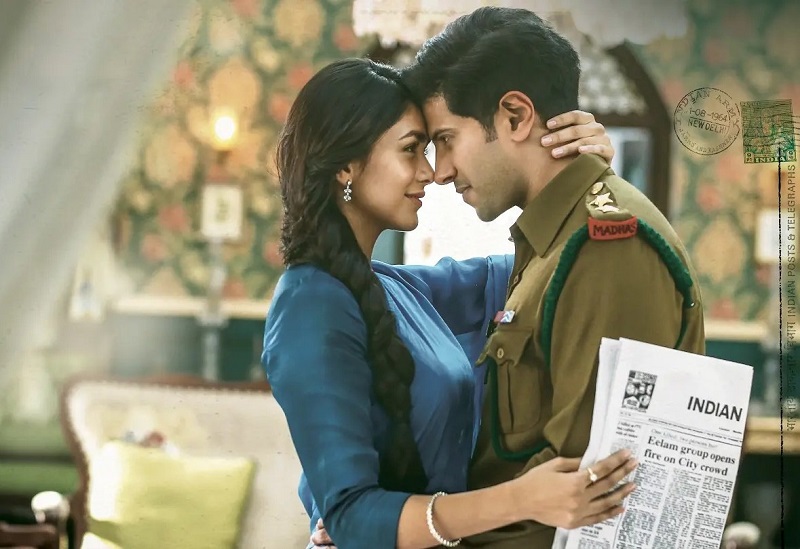 Filled with charming performances and mesmerizing music, Sita Ramam unravels the mysterious love story. Set against the backdrop of a war in 1965, it has Dulquer Salmaan playing the character of Lieutenant Ram, an orphan, serving the nation in snow-clad mesmerizingB terrains and gleaming lakes of Kashmir. His lady love Sita Mahalakshmi played by Mrunal.