On the occasion of the actor’s 36th birthday on 23 November, the makers unveiled a special surprise for fans by sharing the first look poster of Naga Chaitanya and Director Venkat Prabhu's upcoming bilingual film ‘Custody’ , tagline is ‘A Venkat Prabhu Hunt.’

Chaitanya is playing a cop character in the film. He could be seen bruised and surrounded by guns pointed at him by his fellow cops. The text on the poster reads, "You must be the change you wish to see in the world." 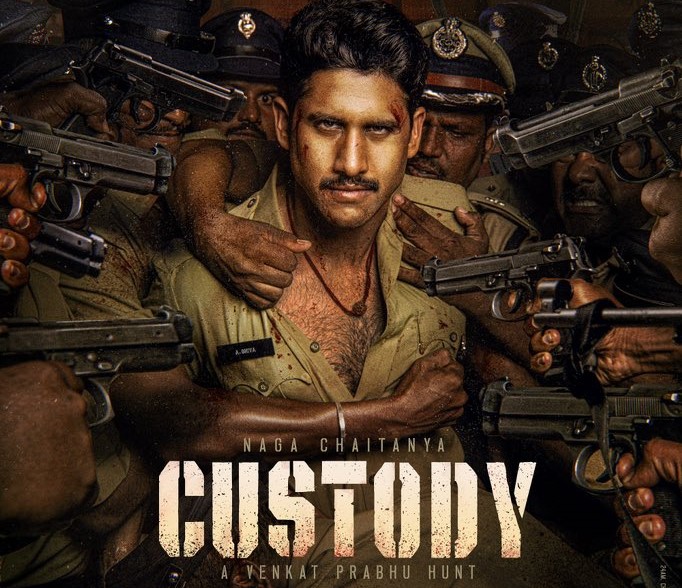 The female lead in the movie is played by Keerthy Suresh. Arvind Swami is playing the antagonist role, Priyamani will be seen in a powerful role. The film also stars Sampath Raj, Sarathkumar, Premji, Vennela Kishore, Premi Vishwanath, among others. Kirthi Shetty and Naga Chaitanya have earlier worked together in the 2022 film 'Bangarraju'.

The legendary father-son duo Maestro, Isaignani Ilaiyaraaja and Little Maestro Yuvan Shankar Raja, are all set to tune the songs. Pavan Kumar will be presenting this ambitious project. Abburi Ravi is Penning the dialogues while SR Kathir is handling the cinematography.