After the blockbuster Comali movie, director Pradeep Ranganathan directed and acted in the Love Today movie. It's It is an adaptation of his own short film App(a) Lock.

Here you can watch the short film 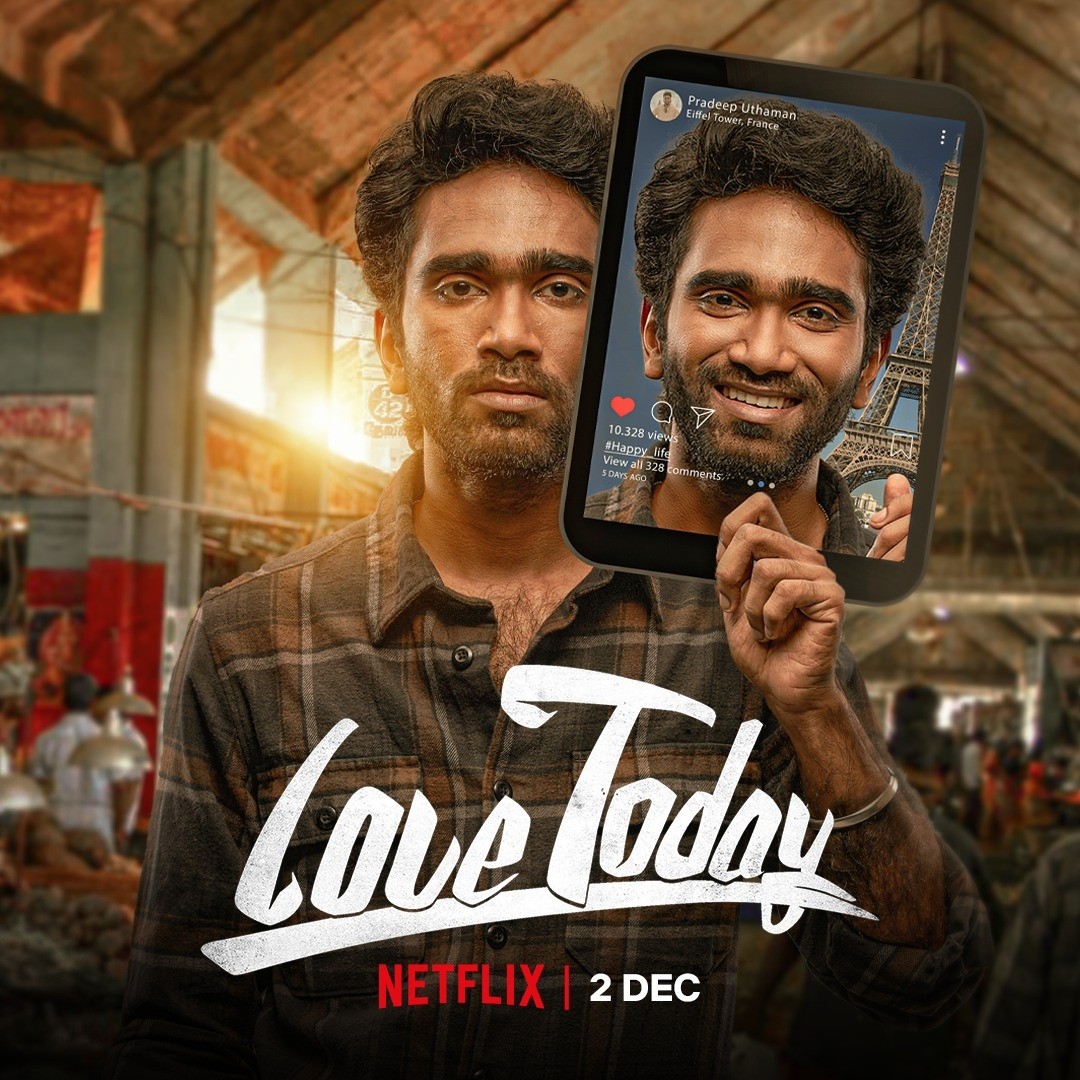 Tamil-language romantic comedy-drama film written and directed by Pradeep Ranganathan of Comali fame, and produced by Kalapathi S. Aghoram under the banner of AGS Entertainment. The film stars Pradeep Ranganathan himself (in his acting debut), Ivana, Raveena Ravi, Yogi Babu and Raadhika Sarathkumar in lead roles. The film's music and score is composed by Yuvan Shankar Raja,

It's one of the biggest blockbuster in Tamil and it's collected around 70+ crores in worldwide. This film is released on Nov 25th, 2022 in Telugu and got a positive reviews.