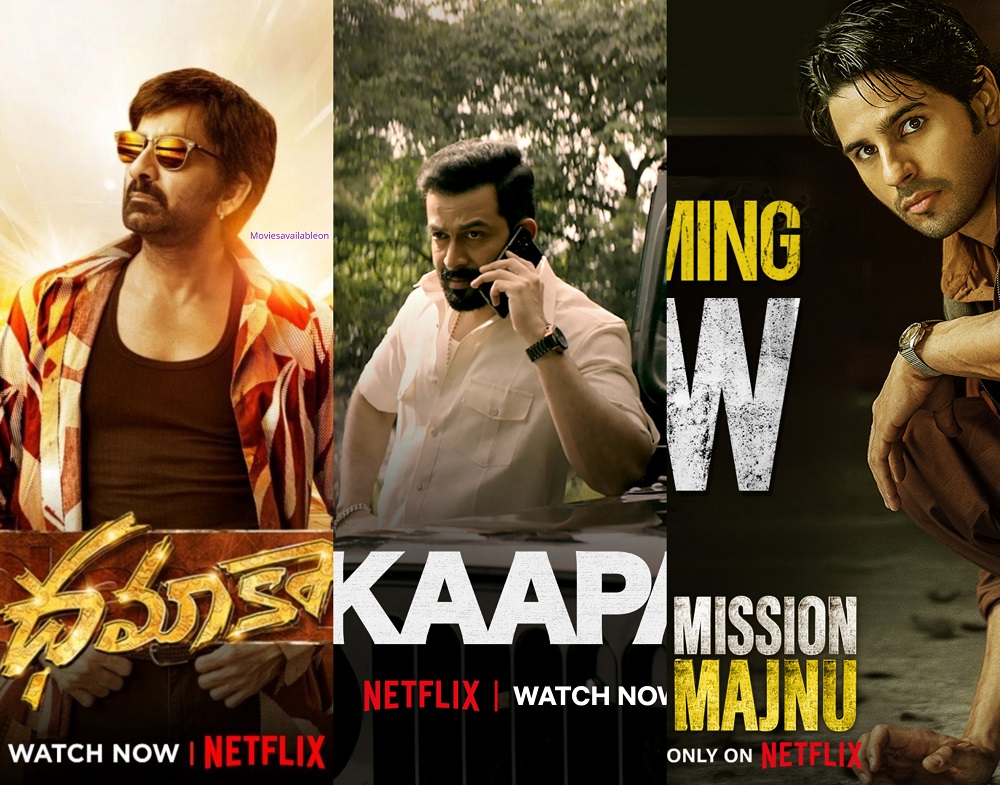 Prithviraj’s final release of 2022, Kaapa, gangster drama, which is helmed by Shaji Kailas, is based on GR Indugopan’s novel Shankhumukhi, which tells the story of the invisible underworld in the city of Thiruvananthapuram. The film has an ensemble cast featuring Asif Ali, Aparna Balamurali, Anna Ben, Dileesh Pothan and Jagadeesh in pivotal roles.

Mass Maharaja Ravi Teja’s Dhamaka brought a huge cheer to the exhibition sector by raking in huge revenues. It has become the biggest hit in the actor’s career. Trinadha Rao Nakkina was the director, and Sree Leela played the leading lady.

Mission Majnu was directed by Shantanu Bagchi. This is the debut of the movie. Sidharth Malhotra, to play the role of an Indian spy who went to Pakistan for a covert spy mission and Rashmika Mandanna plays the role of his wife in the movie. The movie also stars Kumud Mishra, Mir Sarwar, Parmeet Sethi, Sharib Hashmi and Zakir Hussain.