Are you interested to write!
write something about movies, actors, actress ....

Santhanam reunite with Dikkiloona Director for his next

Santhanam is set to reunite with his Dikkiloona director Karthik Yogi for his next. The title of their second movie yet again takes inspiration from Goundamani’s comedy and has been titled Vadakupatti Ramasamy. This film is a period comedy set in the backdrop of the 1960s. 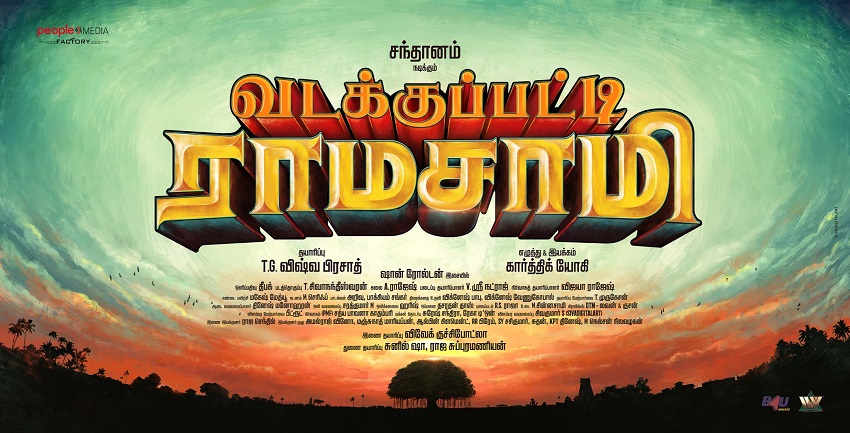 Backed by People Media Factory, the film also has Jai Bhim - fame Tamizh as antagonist, John Vijay, MS Bhaskar, Ravi Mariya, Nizhalgal Ravi and Rajendran among others in important roles. The makers are yet to confirm the female lead. Sean Roldan is composing the music while Deepak is the cinematographer.

The movie is slated to be released during mid summer 2023.

Mythri Movie Makers is stepping into Malayalam with 'Nadikar Thilagam'

Mythri Movie Makers, which has been producing some of the finest movies in Telugu, has now started to make other language flicks as well. They announced a film with Malayalam actor Tovino Thomas titled 'Nadikar Thilagam'. The flick directed by Lal Jr. after the blockbuster film Driving License. The team launched the first look poster. Tovino’s look resembles Jesus Christ, and the actor is tied to a Cross underneath the water and has long hair. 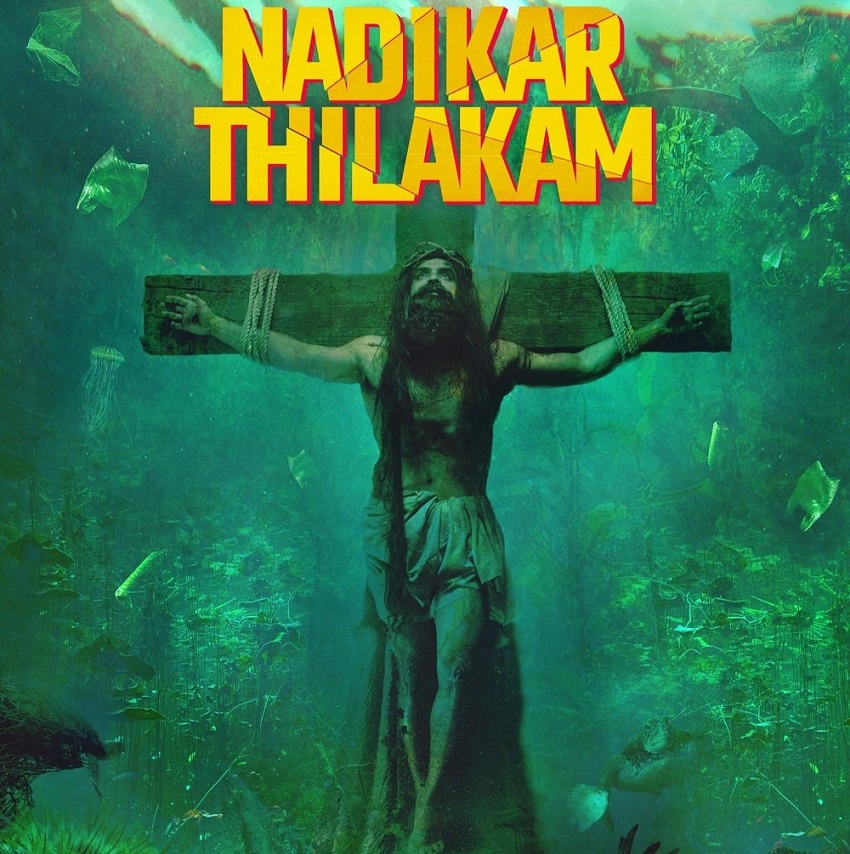 The cinematography is handled by Kanekane’s cinematographer Alby. Ratheesh Raj is the editor. Yakzan Gary Pereira and Neha Nair are the music composers while Soubin Shahir will be seen as the other lead in this interesting flick. The film which is going to shine in 2023.

After directing Iravin Nizhal, made it into the Asia Book of Records as the first non-linear single-shot film, filmmaker R Parthiban is set to direct his next. Parthiban has unveiled a new poster for his upcoming project, titled as '52 aam Pakkathil Mayiliragu'. The poster featured a sketch of a man and a woman running around. The backdrop also features an abstract of a peacock feather painted with hues of blue and green. The film to be bankrolled by Akira Productions Pvt Ltd, and the official deets on cast and crew to be yet announced.

On the other hand, Parthiban is awaiting the release of Ponniyin Selvan 2. 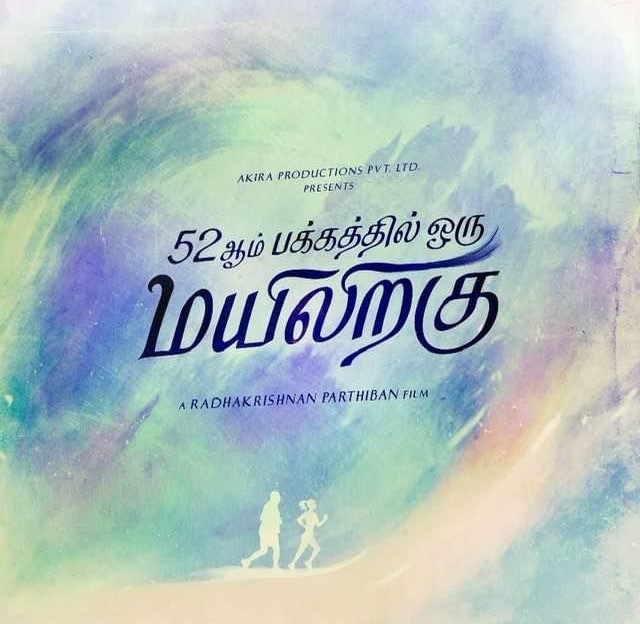 Gopi and Sudhakar are popular among people through their YouTube channel called Parithapangal. They have enthralled global Tamil audiences with their spoof videos. This channel has 43.6 lakh subscribers. Now they are acting in a movie tentatively titled ‘Production No.2’, which is produced by Vignesh SC Bose under Parithabangal Productions. Vishnu Vijayan is the director of fantasy comedy film. 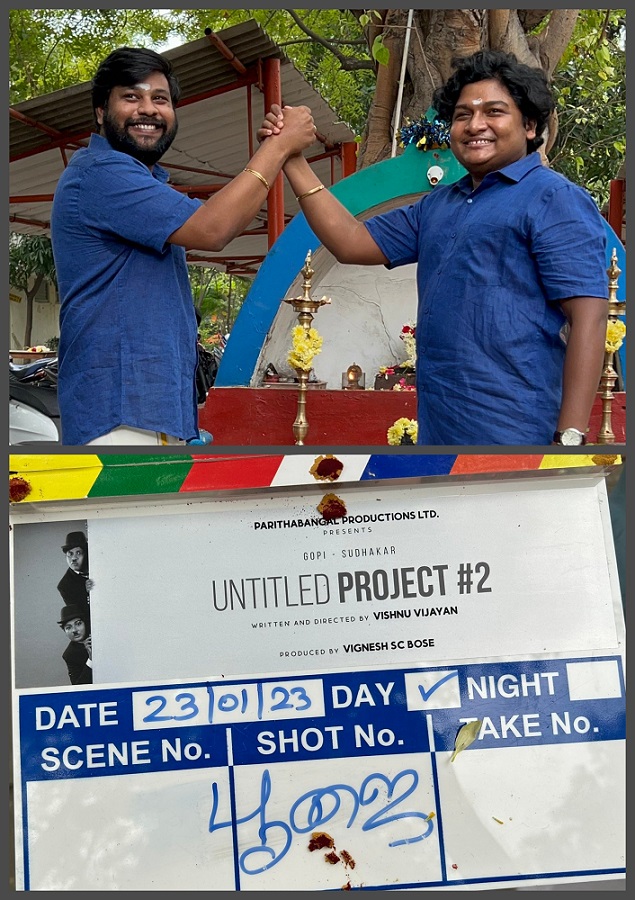 The film which narrates the story of incidents that happen in the lives of two youngsters. The film has an interesting bunch of actors like VTV Ganesh, Suresh Chakravarthy, Viji Chandrasekhar, Subathra robert, Vinsu Rachel Sam, Ramesh Kanna and many others.

JC Shakthivel and KB Shree Karthik will provide the graphics for this project, while Jc Joe will write the music. Sam RDX editing the film. The entire shoot is planned to be completed as a 40-day single schedule, in and around Chennai.

Mollywood's Costume designer Stephy Zaviour makes her directorial debut with Madhura Manohara Moham. Sharaf U Dheen, Rajisha Vijayan and Bindu Panicker are playing the lead roles. The makers announced the film's title and unveiled the first look poster. The poster features Sharfudeen clicking a selfie with Malavika VN, Rajisha and Bindu Panicker sitting on the verandah of their house. 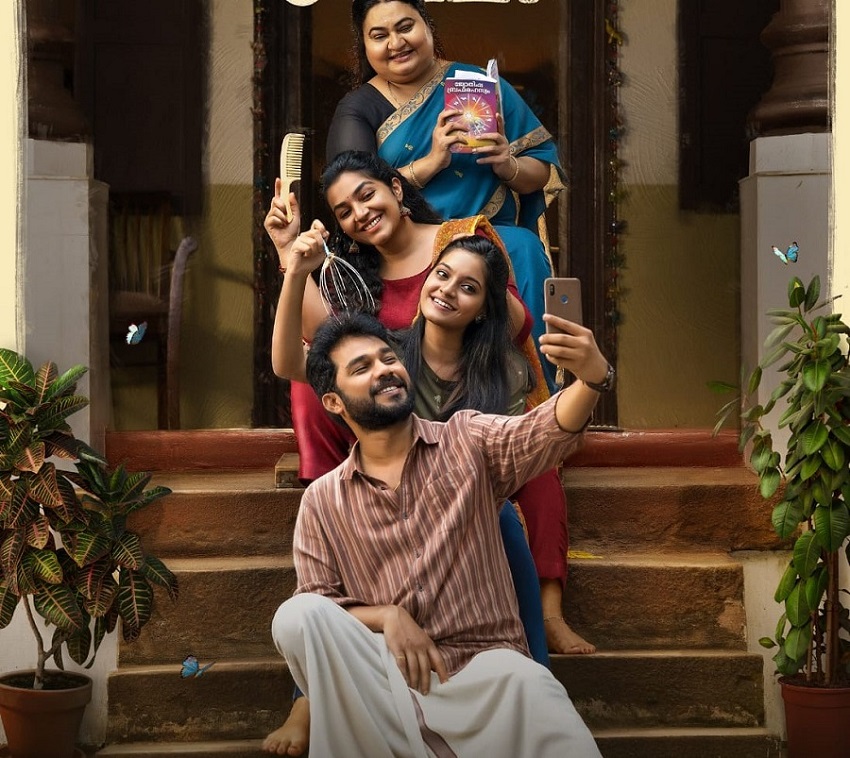 According to the reports, ‘Madhura Manohara Moham’ is touted to be a humorous family entertainer which is set in the Pathanamthitta district. The flick also stars Mukundan Unni Associates-fame Aarsha Chandini Baiju, Vijayaraghavan, Saiju Kurup, Althaf Salim, Sunil Sukhada, Biju Sopanam and a host of new faces.

The film has Hridayam-fame Hesham Abdul Wahab as the composer, Chandru Selvaraj as director of photography, and Appu Bhattathiri & Malavika VN as editors. The script is penned by the writers Mahesh Gopal, and Jai Vishnu.

‘Raangi' on OTT platform: Release date, where to watch, cast and plot

Trisha, who has had a huge hit last year with Mani Ratnam's Ponniyin Selvan 1. Her latest Action film Raangi was directed by M Saravanan, has been bankrolled by Lyca Productions. AR Murugadoss has written the story for the film which has music composed by C Sathya. KA Shakthivel and M Subarak have handled cinematography and editing respectively. The film was moderately successful with critics praising Trisha's performance. 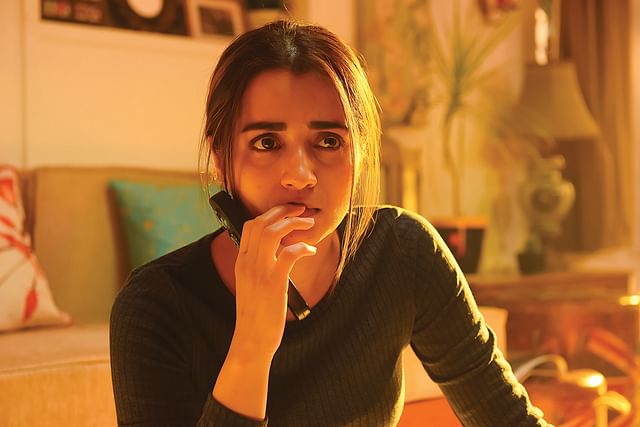 The film's synopsis reads, "An online channel reporter, finds a fake Facebook account of her niece. She encounters a boy Aalim from Libya. The FBI on the other hand wants to bring Aalim under their custody using Thaiyal Nayagi and her niece as bait". Latest report is that The film will be going to make its OTT debut on 2 Leading OTT Platforms SUN NXT and NETFLIX starting on January 29, 2023.

Ponniyin Selvan 2 is her next big outing; the much-awaited flick is likely to hit the screens as a summer release in 2023.

Telugu Romantic Film 18 Pages will be out on these 2 platforms!

Karthikeya 2 Pair, Nikhil Siddhartha and Anupama Parameswaran’s romantic Telugu film 18 Pages was helmed by Palnati Surya Pratap, released for the Christmas weekend in 2022. Despite creating a huge buzz before its release, the film was successful at the box office. The film was produced by Bunny Vas under GA2 Pictures and Sukumar Writings. 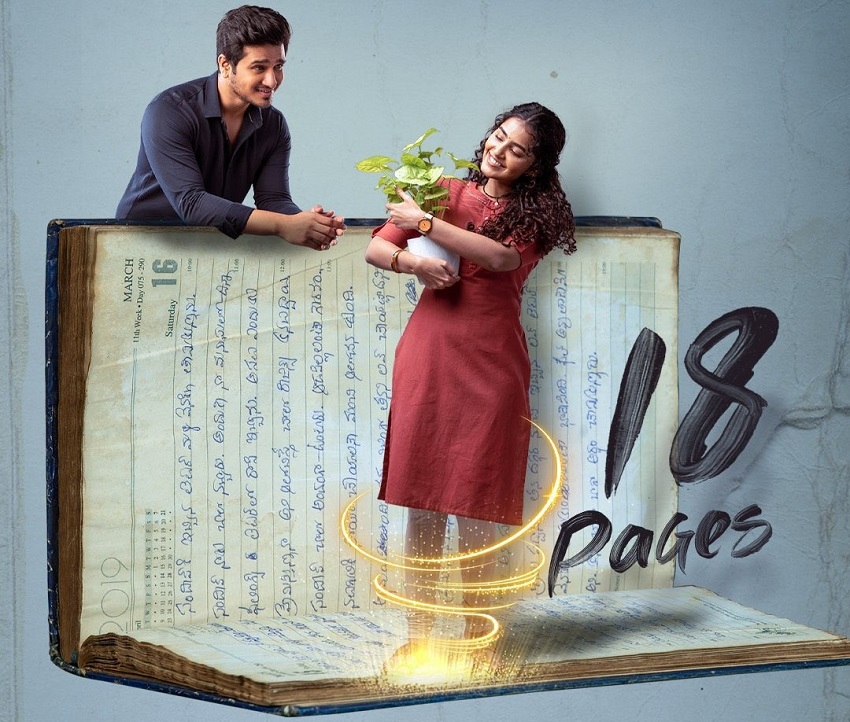 The romantic drama focuses on a tech-savvy guy whose life takes an unexpected turn when he finds a diary that belongs to a girl named Nandini, who suffers from short-term memory loss. How he overcome several obstacles in an attempt to find her and return her diary. The film will arrive on two leading OTT platforms on the same day (January 27, 2023) - Aha Video and Netflix. 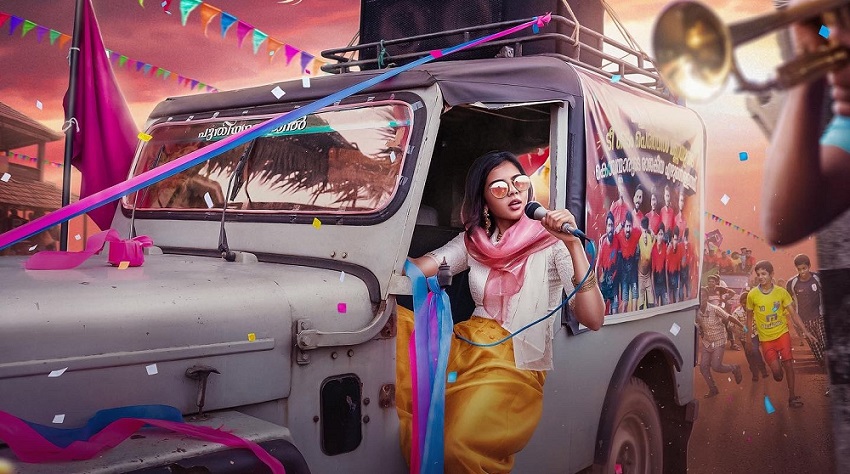 Kalyani plays a football enthusiast who also works as a game announcer in local tournaments in the Malabar-set film. It is her second Malabar-based role, following Thallumaala, in which she played a fashionable social media influencer.

Ayushmann Khurrana’s last release of 2022 came in the form of An Action Hero, a witty actioner which saw him share the screen with Jaideep Ahlawat. The film has been helmed by Anirudh Iyer, who marks his directorial debut with the film. After having decent success in the theatres, the filmmakers are now planning to release it on the OTT platform so that it could reach a larger amount of audience. 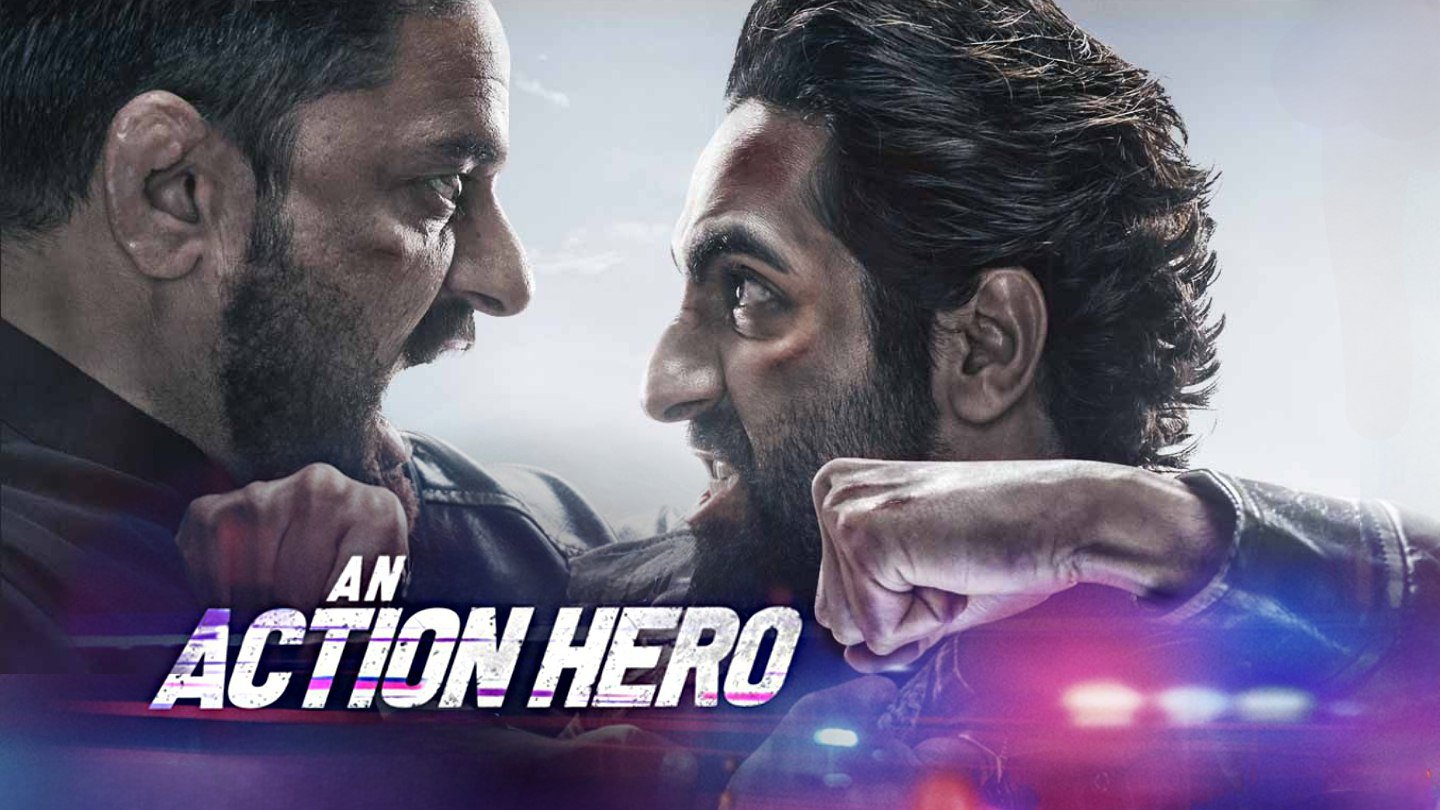 This is the first time Ayushmann is seen in such a action role and his performance was appreciated. The film also stars Neeraj Madhav, Hiten Patel, Jitender Hooda and Mohammad Talib Shah in pivotal roles. Malaika Arora and Nora Fatehi both perform unique item numbers. Akshay Kumar also makes a cameo appearance.

The film's synopsis on the streaming giant reads, "A murder accusation turns a movie star's own life into an eccentric action thriller as he flees the country, with a vengeful politician hot on his heels."

The movie has got an IMDB rating of 7.9/10. An Action Hero will be making its digital debut on NETFLIX. The film will begin streaming from January 27, 2023.

Asif Ali portrayed Anand Anirudhan, and Prithviraj Sukumaran played the role of criminal Kotta Madhu. KAAPA, which is reportedly inspired by true incidents, revolves around the gang wars in Thiruvananthapuram and the rise and fall of a gangster named Kotta Madhu. How his life crosses paths with that of an IT engineer and his wife, and who then become crucial pieces in the battle between two rival gangs form the plot of the film. 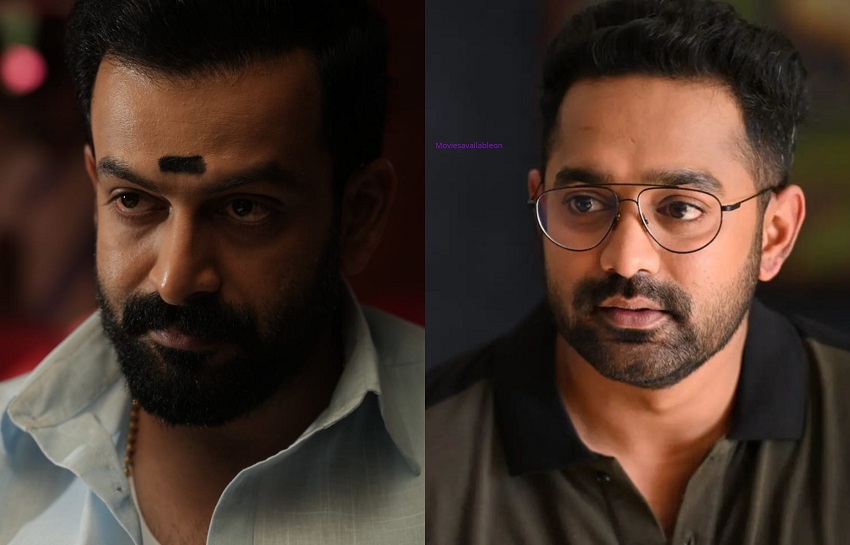 FEFKA Writers Union taking care of production duties together with Theatre of Dreams and Saregama India. The editing was handled by Shameer Muhammed, and Dawn Vincent and Jakes Bejoy wrote the music.

Kaapa will be available on the OTT streaming platform Netflix. The action thriller would start streaming on the platform from January 19th 2023.