Saif Ali Khan and Hrithik Roshan will be seen together on the big screen for the first time in Hindi remake of Vikram Vedha. The Hindi remake will be produced by Neeraj Pandey under his company Friday Filmworks in association with Reliance Entertainment and YNot Studios. The Hindi remake with Hrithik and Saif is in advanced pre-production stage and will most likely go on floors next month. The film will release on September 30, 2022. 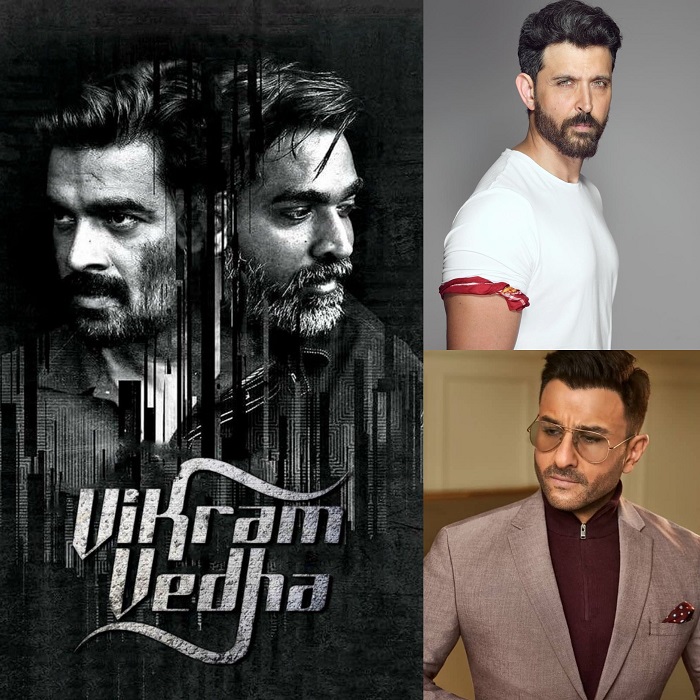 Super Hit Tamil action-thriller Vikram Vedha released in 2017 starred R Madhavan and Vijay Sethupathi. The film received a positive response at the box office. Madhavan played as a police inspector named Vikram while Vijay played Vedha, a gangster and a drug smuggler. The film was directed by Pushkar and Gayathri, who will helm the Hindi remake as well.

The film draws from the ancient lore of Vikram-Betaal, where a wily gangster manages to escape every time a determined cop nabs him, by narrating a new story drawn from his own life. Saif Ali Khan will be starring opposite Hrithik Roshan in the film and he will be playing Madhavan’s Vikram.

Besides this film, Hrithik will soon begin shooting for his next action movie “Fighter”. The patriotic-action-drama, also starring Deepika Padukone, will be directed by Siddharth Anand. Meanwhile, Saif Ali Khan has adventure-horror-comedy Bhoot Police, slated for release on September 17 on Disney + Hotstar VIP.