Sun Pictures has released a motion poster revealing the mass title of Suriya’s upcoming film Etharkkum Thunindhavan. Directed by Pandiraj, the film is said to be a rural entertainer. The music for the movie is composed by D. Imman, while Rathnavelu is the director of photography.

Suriya’s 40th film has got the title of Sivakumar's (Suriya’s father) 'Etharkum Thuninthavan' released in 1976 which started surfacing after Suriya dropped the first look of his new film.

First look shows Suriya in an intense look as a gangster. The 49-second video hints that the movie will be a complete rustic entertainer.

Beside Suriya, the movie will also star Priyanka Mohan in the female lead, Sathyaraj, Soori, Saranya Ponvannan, Devadarshini, Jayaprakash and Ilavarasu. Jayamkondaan fame Vinay Rai will be essaying the role of an antagonist. Etharkkum Thunindhavan final leg of shooting is happening in Karaikudi. 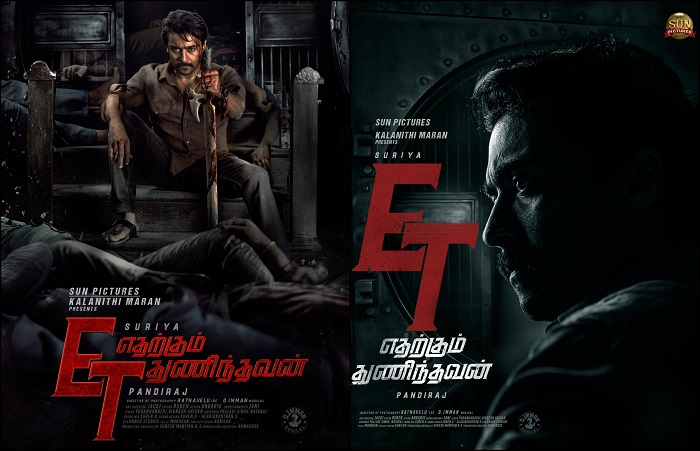 On the work front, Suriya will be next seen in the Netflix anthology series Navarasa. The actor has acted in a segment, which is written and directed by Gautham Menon. Suriya also has Vaadivasal with director Vetri Maaran in the pipeline.