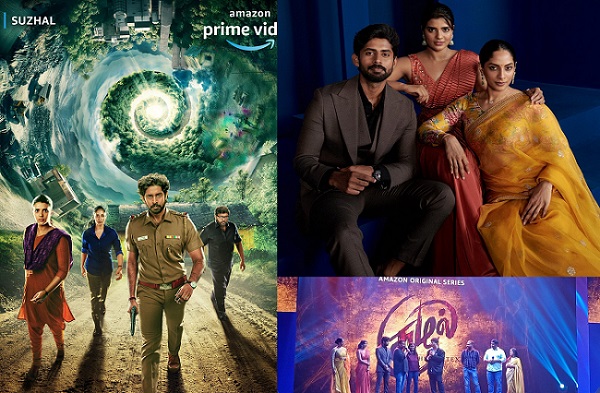 Vadhandhi - The Fable of Velonie

Vadhandhi is a noir thriller about the murder of a beautiful young girl, an unrelenting obsessed cop, a novelist captivated by her grace and an opportunistic news editor. The series written and directed by Andrew Louis of Kolaigaran fame. Music Simon K.King. The series stars SJ Suryah, Nasser, Laila and Sanjana.

Meanwhile, SJ Suryah latest movie Maanaadu received highly positive reviews from critics and audiences, praising the performances of SJ Suryah and it streaming on Sony Liv. His upcoming film Don, will be releasing on May 13th. His other projects are Bommai, Kadamaiyai Sei, Mark Antony, Iravaakaalam, Uyarndha Manithan in different stages of production.

"The Warriorr" to be available on OTT this month