Amazon Prime Video announced a slew of new titles in Hindi that it plans to launch over the next 24 months.

Here is the full list of the Hindi content and the details of the cast and crew. 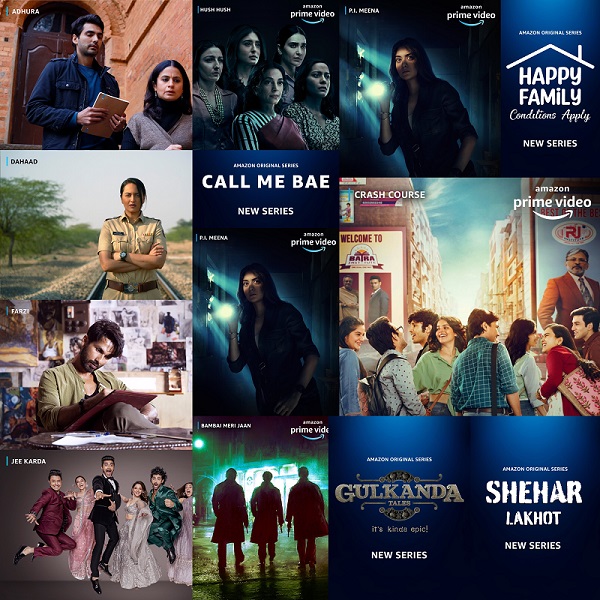 A supernatural thriller set in an elite boarding school which hides a secret so dark and dreadful that it will shake up everything.

A sneak into the post-independence Bombay and streets riddled with crime. An honest cop’s journey as he tries to protect his family.

The story of Bae, billionaire fashionista disowned by her ultra-rich family after her involvement in a salacious scandal.

A fictional account of two warring coaching institutes, and the effect it has on a group of young students.

Sonakshi's digital debut in a gripping tale of serial killings!

A small-time artist working out of his grandfather’s printing press has designed the ultimate con job - a crime uniquely suited to him - and gets pulled into the murky, high stakes world of all that it demands.

This Raj and DK series features Pankaj Tripathi and Patralekhaa in the lead roles.

A light-hearted family comedy about a quirky but lovable joint family that is always at loggerheads with each other.

Celebrate life with these 7 childhood friends, trying to steer their way through adulthood