Premam director Alphonse Puthren’s upcoming film ‘Gold’ featuring Prithviraj Sukumaran and Nayanthara in the lead roles. GOLD will also mark his first outing in the last seven years. Gold, is one of the most anticipated film of 2022. Gold has been completed and that the final stages of filming, including poster design, music and sound recording, are in full swing.

The filmmaker has shared the film's first look poster, which gives a 360-degree vision of all its characters. 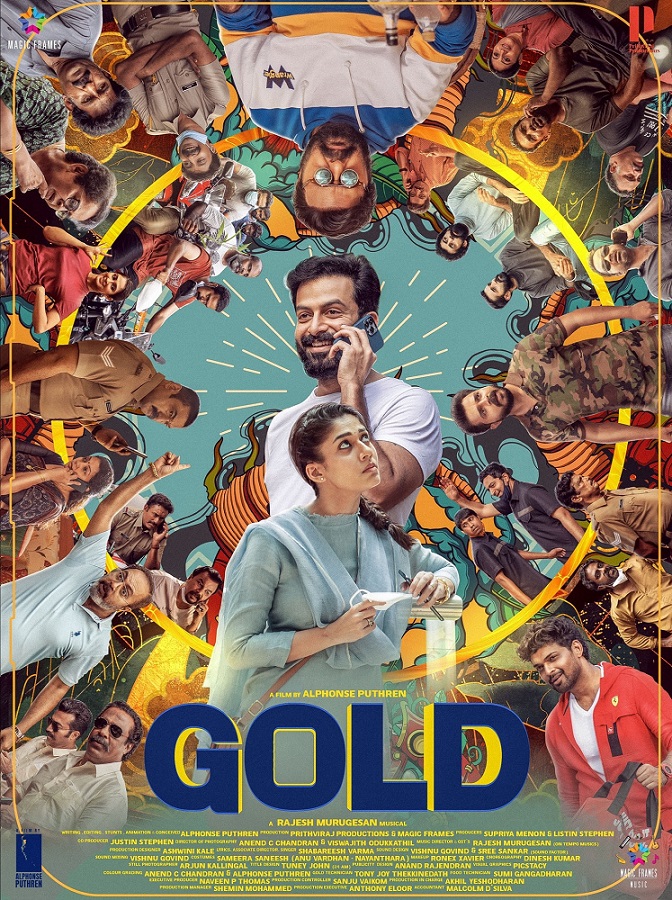 Supriya Menon is producing the film under the banner of Prithviraj Productions in association with Listin Stephen's Magic Frames. The music and background score composed by Puthren's mainstay Rajesh Murugesan.

Chemban Vinod Jose, Ajmal Ameer, Shammi Thilakan, Shabareesh Varma, Krishna Sankar and Roshan Mathew will be seen in supporting roles in the film. Prithviraj has roped into play the role of Joshi S and Nayanthara is essaying the character Sumangali Unnikrishnan.

On the other hand, Prithviraj was last seen in Jana Gana Mana, streaming on Netflix. Prithviraj is now busy shooting for his ambitious upcoming film Aadujeevitham, directed by Blessy. Before Gold, Prithviraj will be seen in Kaduva. The film is due in cinemas June 30, 2022.