Actor-director Prithviraj Sukumaran has announced his fourth directorial venture is action-packed socio thriller "Tyson". Tagline is "The Bell Won's Save You...!". He will also starring the film, which is slated to go on floor in the last quarter of 2023 and will have a pan-India release in 2024 in Malayalam, Tamil, Telugu, Kannada and Hindi. Tyson is produced by Hombale Films, who produced the KGF franchise.

Set against the backdrop of contemporary India, the movie is scripted by Murali Gopy, who is collaborating with Prithviraj for the third time after “Lucifer” and the upcoming sequel “Empuraan”. 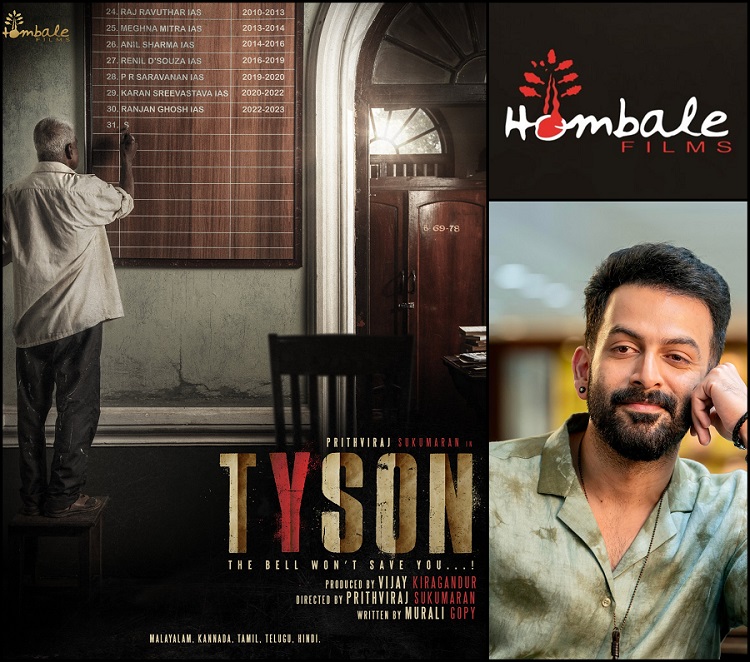 Prithviraj, who made his directorial debut, Lucifer, released in 2019 featured Mohanlal. Lucifer is the only Malayalam film to earn more than ₹200 crore. His second directorial project, a comedy titled Bro Daddy that film also featured Mohanlal. The film would be releasing directly on the OTT service Disney+ Hotstar. His 3rd directorial upcoming film is L2: Empuraan, is a sequel of Lucifer.