Filmmaker Seenu Ramasamy’s next action Thriller Tamil film with GV Prakash Kumar and Gayathrie in the lead role, titled Idimuzhakkam. Now, on the occasion of the Vetri Thamizhan GV Prakash Kumar's birthday, the makers released the first look of the film. The first look poster has GV Prakash sporting a rustic look and holding a dagger. 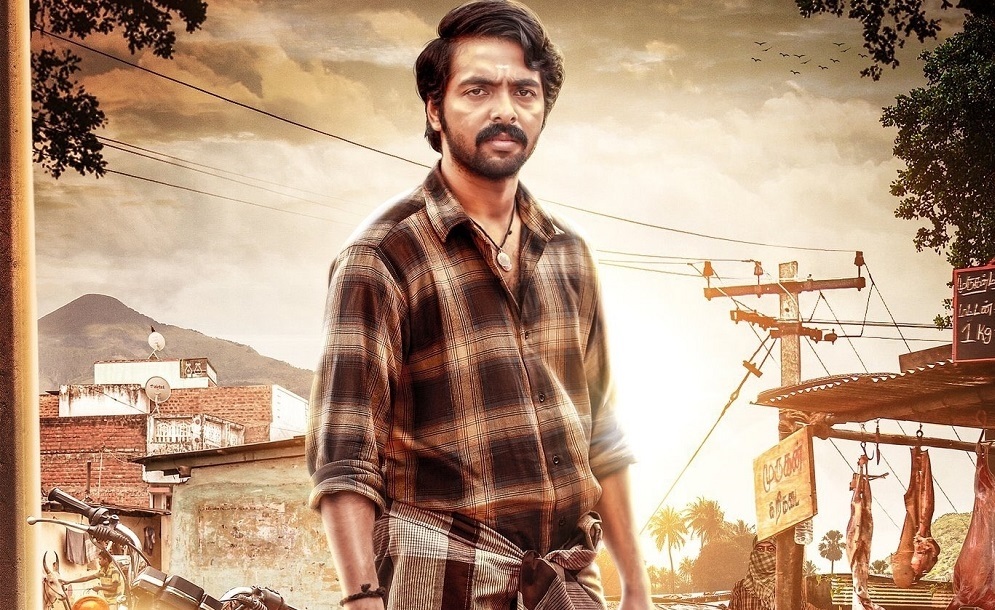 Gayathrie plays the romantic interest of GVP. Gayathrie is playing a nurse who will also be seen in three looks: a school girl, a working woman and a mother. Saranya Ponvannan, MS Bhaskar, Aruldoss and Soundar are part of the star cast of the film.

The film Produced by Sky Man Films International, NR Raghunandhan is composing the music while AR Ashok Kumar is the cinematographer. Kavi Perarasu Vairamuthu pens lyrics in this film after a long gap.

On the other hand, GV Prakash, who was last seen in Ayngaran, also has a handful of projects as a composer, including the likes of Vaadivaasal, Yaanai, Sardar and Vaathi, etc.