Thalapathy 66 titled as "Varisu" in Tamil & Varasudu in Telugu. Varisu means successor, legal heir. The makers announced the title today, a day before Vijay’s 48th birthday, along with the film’s first look poster. The first look has the tagline "The Boss Returns", and it features Vijay in a cool, wearing a grey suit with a thick-styled beard. Tag line in the first look poster hints that Vijay is returning to his hometown after a long time, and it's going to be an emotional drama filled with romance and comedy. 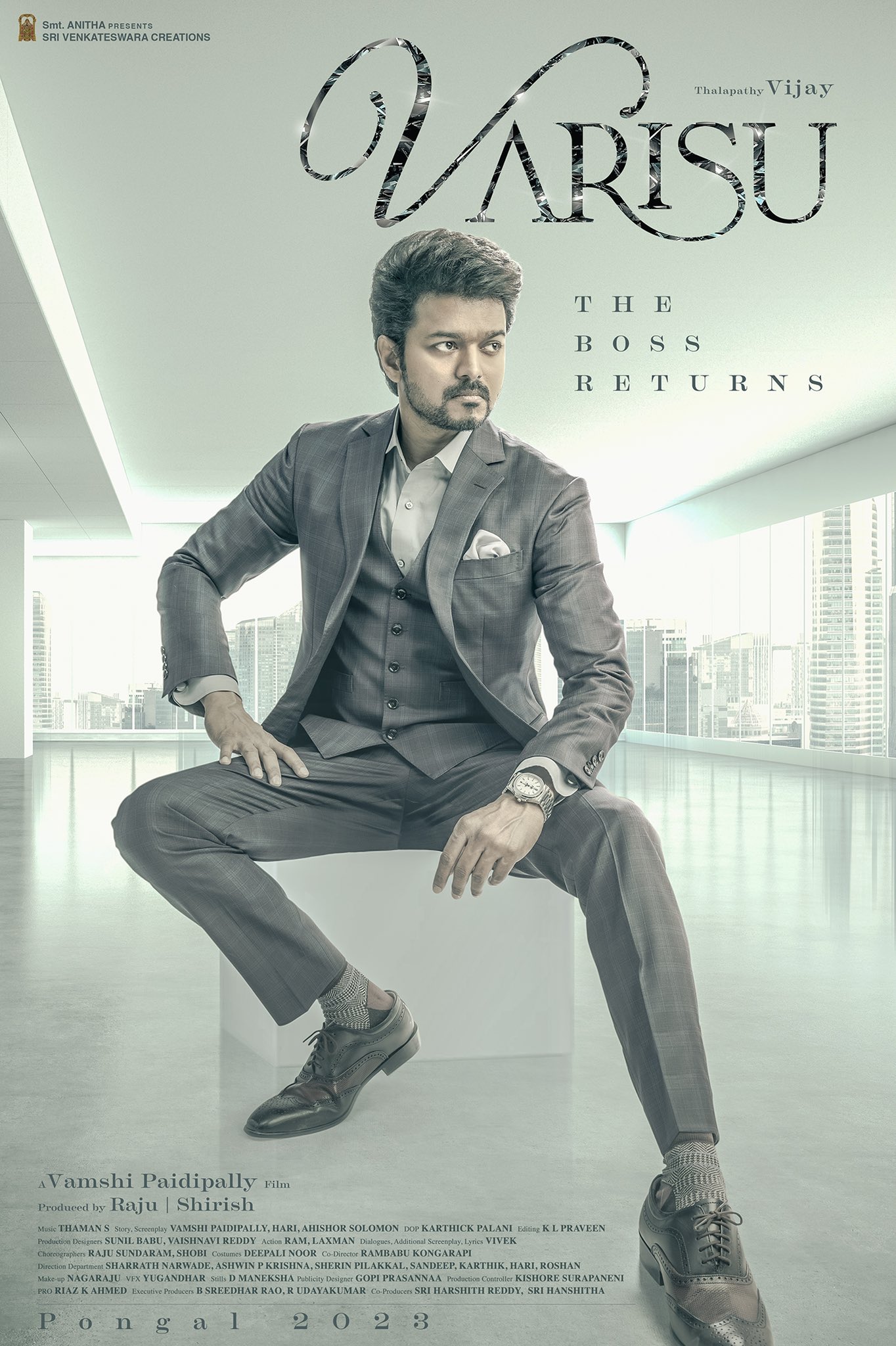 Sri Venkateswara Creations producing the movie and it's helmed by Thozha fame Vamshi Paidipally. Thaman composing the music. Cinematography by Karthik Palani, and Praveen KL handles the cuts of the film.