Telugu superstar Pawan Kalyan with his actor nephew Sai Dharam Tej will star in Telugu remake of the Tamil movie Vinodhaya Sitham. Samuthirakani, who directed the original Vinodhaya Sitham, will be at the helm for the remake as well. This is the forth of his directorial Telugu film after Shambho Shiva Sambho, Jenda Pai Kapiraju and Naalo.

Pawan Kalyan was impressed by Samuthirakani’s directorial fantasy drama and had expressed his desire to act in the remake of the movie. Vinodhaya Sitham is the seventh remake film to actor Pawan Kalyan, his remake movies are Vakeel Saab, Bheemla Nayak, Katamarayudu, Teen Maar, Gopala Gopala and Gabbar Singh. 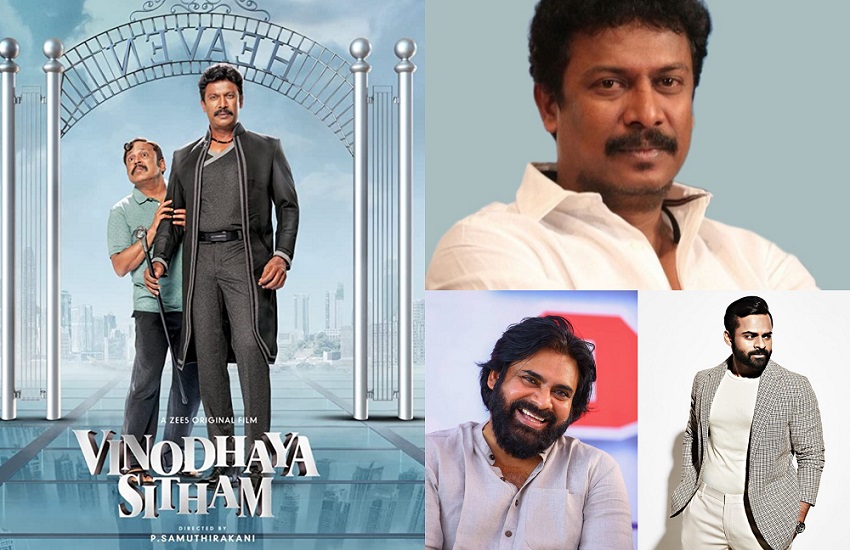 Vinodhaya Sitham revolves around a self-centered and dominating man who dies in a car accident. However, he is given a second chance by God after he requests 90 more days to live and make things right

In Telugu remake, Pawan Kalyan will play the central role that was portrayed by Samuthirakani in the original movie and Sai Dharam Tej will be seen in the role of Thambi Ramaiah. The screenplay and dialogues will be written by Trivikram Srinivas, who is also producing it. The regular shooting will commence this July.

Pawan Kalyan will be next seen in Hari Hara Veeramallu and Bhavadeeyudu Bhagat Singh. Vinodhaya Sitham (2021) available in Tamil on Zee5