Thalapathy 66 title and first look revealed on Vijay's birthday. Thalapathy 66 titled as "Varisu" in Tamil & Varasudu in Telugu. Varisu means successor, legal heir. The makers announced the title today, a day before Vijay’s 48th birthday, along with the film’s first look poster. The first look has the tagline "The Boss Returns", and it features Vijay in a cool, wearing a grey suit with a thick-styled beard. Tag line in the first look poster hints that Vijay is returning to his hometown after a long time, and it's going to be an emotional drama filled with romance and comedy. 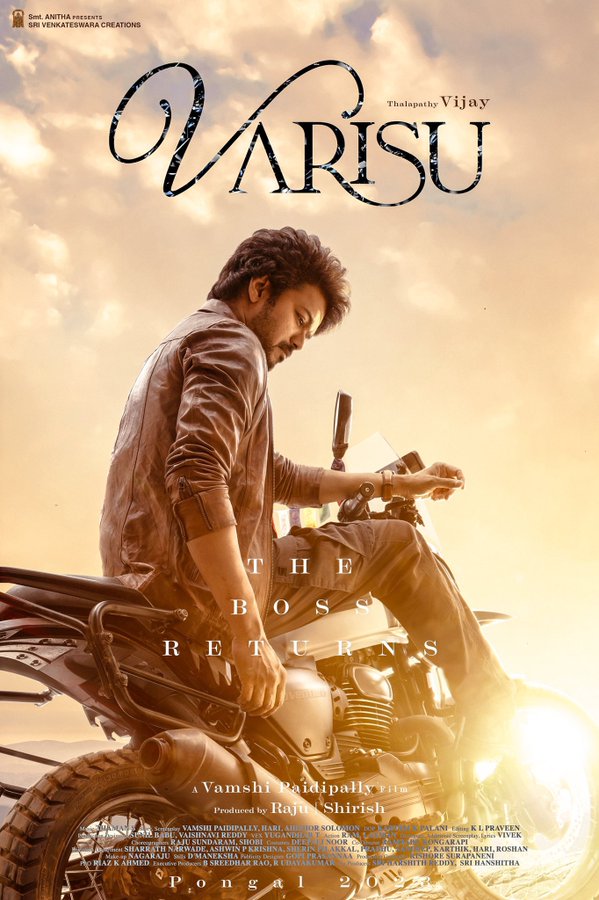 Samantha tweeted Vijay on his birthday, "Wishing the man of masses & heart of gold.. the best of everything in life. Happy birthday dearest sir... "

Samantha and Vijay acted three movies Kaththi, Theri, Mersal and many fans love their pair. Also, their fans are eagerly waiting to see them on the next film. Samantha's recently danced with Allu Arjun on Pushpa movie "Oo Antava" song last year and the song viral on internet.

Wishing the man of masses & heart of gold.. the best of everything in life. Happy birthday dearest sir... @actorvijay #HBDVijay #Varisu love this !! @directorvamshi pic.twitter.com/4yPPfBOghn