Ajayante Randam Moshanam, the upcoming pan-Indian film starring Tovino Thomas. Produced by Dr Zachariah Thomas and Listin Stephen, the film is written by Sujith Nambiar and is helmed by newcomer Jithin Lal. Besides Tovino, the film also stars Telugu actress Krithi Shetty as the female lead. This movie marks her debut in Malayalam. 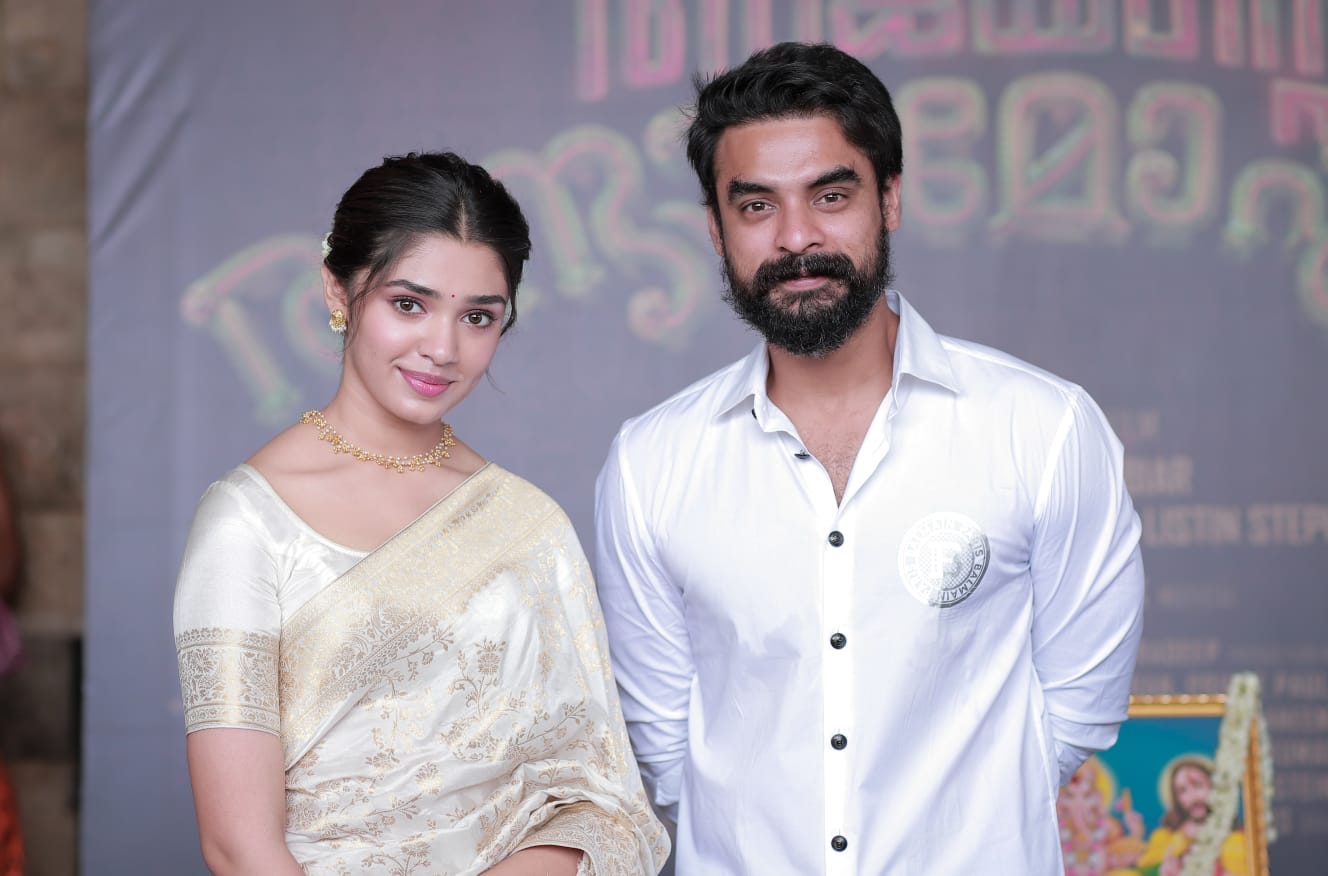 Tovino will be seen playing triple roles in the epic adventure movie ‘Ajayante Randam Moshanam’ and the story is set in Northern Kerala in 1900, 1950, and 1990. Tovino will be playing the characters Maniyan, Ajayan and Kunjikelu. Kunjikelu, is a kalari warrier, while Maniyan is a dark horse who uses his martial arts skills and Ajayan is someone who is studying it in his town, and participates in competitions.

The cinematography is done by Jomon T John and the editing section will be handled by Shameer Muhammed. Vikram Mor and Stunner Sam are roped in as the stunt choreographers and the music is composed by Dhibu Ninan Thomas.

The makers are mounting Ajayante Randam Moshanam on a huge scale and it will release in the 3D format. The original Malayalam film will also be released in Tamil, Telugu, Kannada, Hindi and English. The film also features actors Aishwarya Rajesh, Surabhi Lakshmi, Rohini, Basil Joseph, Harish Uthaman, Hareesh Peradi and Pramod Shetty.