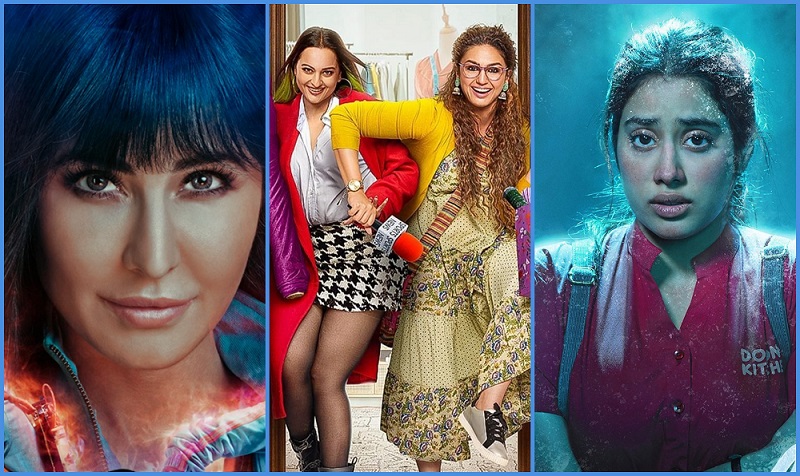 Katrina Kaif, Ishaan Khatter, and Siddhant Chaturvedi starrer Phone Bhoot, a supernatural-comedy was directed by Gurmmeet Singh of ''Mirzapur'' fame and produced by Farhan Akhtar and Ritesh Sidhwani's banner Excel Entertainment. A ghost reaches out to two bumbling ghostbusters for a business idea. However, their plans go downhill as the eerie ghost reveals her plan.

Starring Huma Qureshi and Sonakshi Sinha in the lead roles, Double XL is a Hindi drama was directed by Satram Ramani. It is a comedy-drama that revolves around two plus-size women who face hurdles because of their appearance while working on their dreams. Zaheer Iqbal, Mahat Raghavendra, Indian cricketer Shikhar Dhawan in key roles. This movie marks Indian cricketer Shikhar Dhawan& Mahat Raghavendra’s Bollywood debut.

Mili is a Hindi survival thriller film directed by Mathukutty Xavier and stars Janhvi Kapoor in the titular role. The movie is a remake of the director’s own Malayalam movie Helen (2019). The storyline is based on a 24-year-old who accidentally gets stuck in a freezer at a store. What she does to survive there sets the tone of the movie. Sunny Kaushal and Manoj Pahwa also plays a pivotal role in this Thriller movie. It is produced by Boney Kapoor and Zee Studios.