Back- Back OTT Releases of Anoop Menon Movies

Anoop Menon has had back-to-back OTT releases in the past few weeks. After his directorial debut King Fish dropped on Sun NXT and Varaal followed earlier this week, the actor’s Padma is the latest to hit a streaming platform. He will be next seen in Oru Nalpathukaarante Irupathonnukaari. 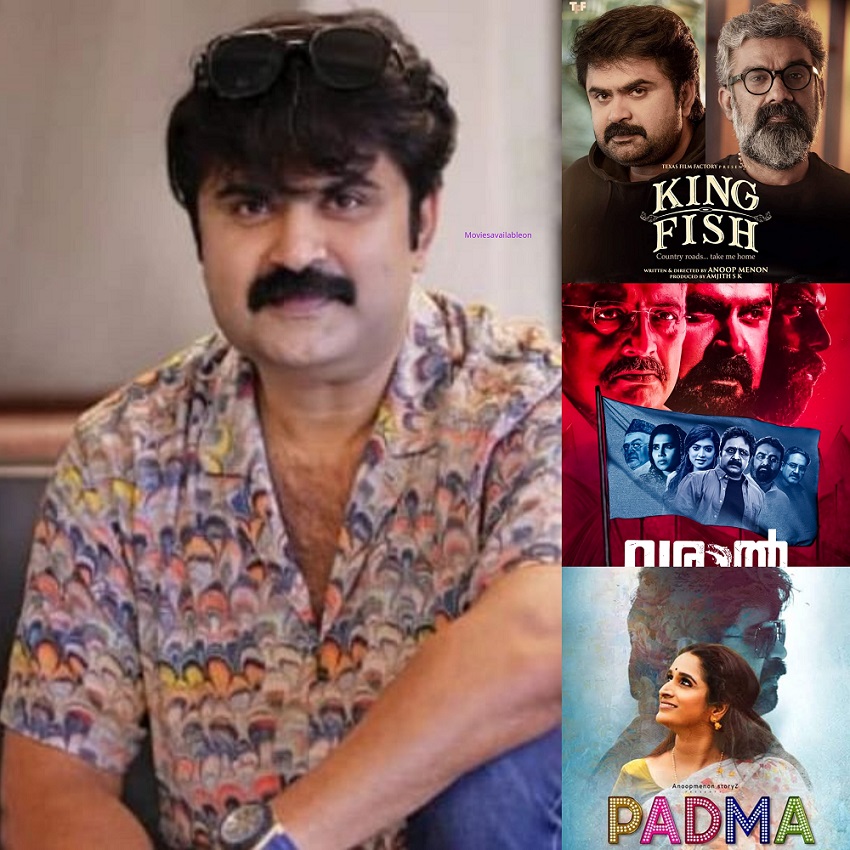 Anoop Menon second directorial film Padma, revolves around the marriage and how its protagonist finds it tough to adjust to the urban background of her husband. Surabhi Lakshmi essays the titular role.

Where to Watch: Prime Video

Anoop Menon's socio-political thriller Varaal was directed by Kannan Thamarakulam and stars Anoop Menon, Prakash Raj & Sunny Wayne in the lead roles. The story revolves around the ruling CM & leader of the Leftist party Achuthan Nair aims to win a third time in the election. The repercussions of their opposition party's surprise announcement of an affluent businessman David as a CM candidate unfold as a political thriller.

Where to Watch: Sun Nxt

Anoop Menon directorial debut film King Fish, follows Bhaskara Varma, a real-estate man, and a former chemical engineer. One day, he is told by an advocate that his uncle has plans to write his will and he will get his property worth Rs 90 crore. Bhaskara is reluctant initially but is finally tempted, and that’s when things take a turn.

Where to Watch: Sun Nxt