Actor Arya is teaming up with director Muthaiya for a film which was tentatively titled Arya 34. This is will be the first time Arya is collaborating with Muthaiya, who last directed Viruman. The makers released the first look poster of the film, and revealed the title of the film as Kathar Basha Endra Muthuramalingam. 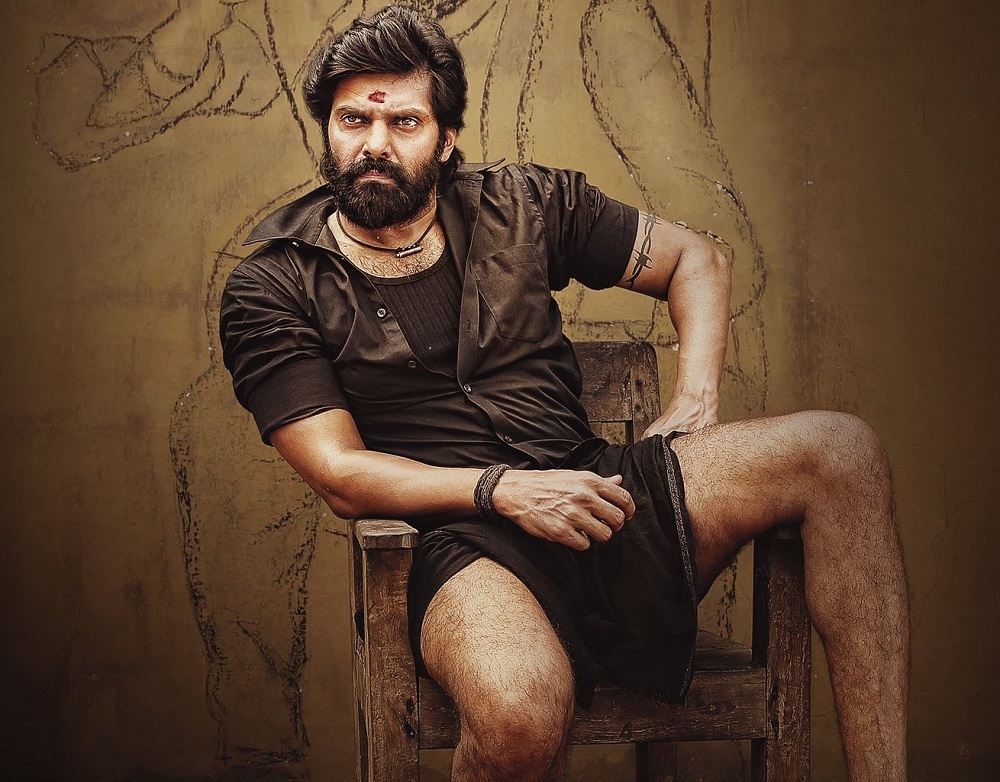 The first look poster shows bearded Arya clad in black shirt and dhoti sitting on a chair. The wall behind him has a sketch of Rajinikanth's character from Baashha. The film appears to be a rural action entertainer, a genre that Muthaiya is known for.

Siddhi Idnani, who made her debut in the recent Vendhu Thanindhathu Kaadu, is playing the female lead. The film's music will be composed by GV Prakash Kumar, with Velraj handling the cinematography. Venkat Raajen will be editing this film as well.