The Blockbuster Eeram duo director Arivazhagan and actor Aadhi collaborate for a spine-chilling horror thriller movie titled Sabdham. The movie will be backed by 7G Films and Aalpha Frames, the newly-created home banner of Arivazhagan. The upcoming film will mark his debut production venture. It will be shot in both Tamil and Telugu languages.

The makers also released the title look poster of Sabdham. The poster shows a close-up shot of an ear, with silhouettes of bats flying all over. The title of the film is written, similarly to the aesthetics of electrocardiogram signals. 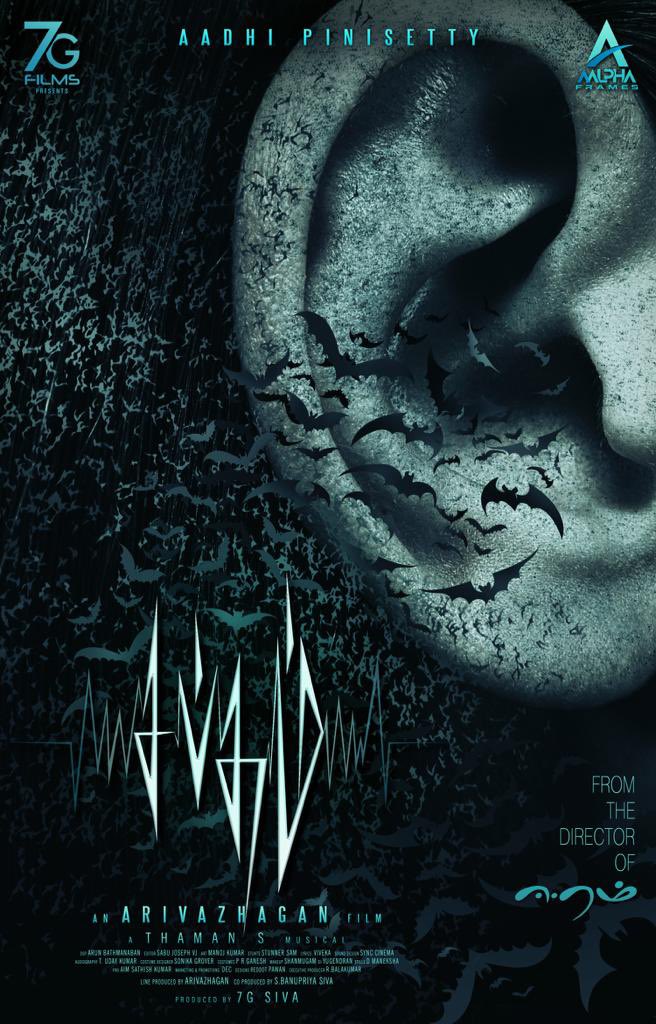 While the rest of the cast members of the upcoming film is yet to be revealed, the technical crew consists of S Thaman scoring the music. While Arun Bathmanaban is the cinematographer, VJ Sabu is the editor.

The regular shoot of Sabdham is expected to commence very soon.