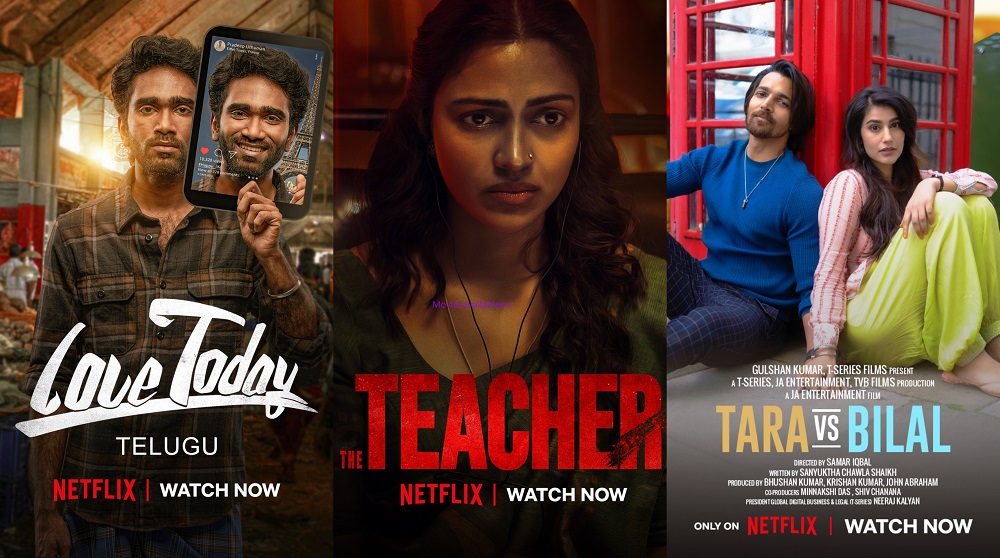 After the blockbuster Comali movie, director Pradeep Ranganathan directed and acted in the "Love Today" rom-com movie. It is an adaptation of his own short film App(a) Lock. A young couple Pradeep and Nikitha, who decide to take their relationship to the next level. When Pradeep meets Nikitha’s dad, he puts forth a strange condition to exchange their phones for a day. And once that happens, fun chaos unfolds. The film reportedly cost only Rs 5 crores to produce, but it made almost Rs 70 crore at the box office.

Tara Vs Bilal is a Hindi romantic drama film whose director is Samar Iqbal. Sonia Rathee and Harshvardhan Rane played important roles in this movie. A common Hindu woman named Tara falls in love with a reverent Muslim named Bilal. What follows is a story about how Tara and Bilal’s relationship survived and burgeon in spite of all the challenges they faced.