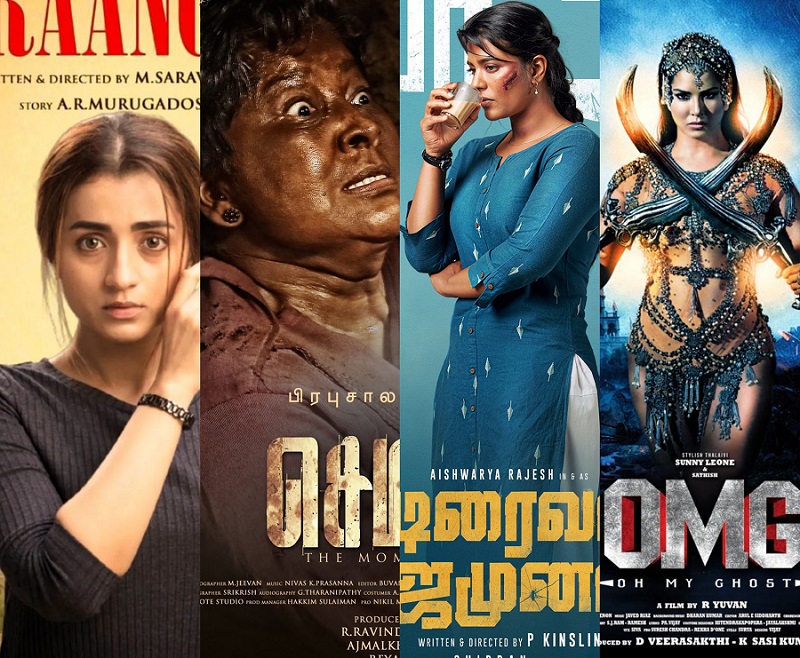 South Queen Trisha upcoming film Raangi is a action film directed by Engeyum Eppodhum fame director M. Saravanan. AR Murgadoss has penned the script of the movie. The music of the movie is composed by C Sathya and backed by Lyca Productions. Raangi post-theatrical streaming rights bagged by Sun Nxt.

The movie is directed by Prabhu Solomon, who is a well-known director for his work in Mynaa, Kumki. The film features Kovai Sarala, Ashwin Kumar Lakshmikanthan, Thambi Ramaiah. The synopsis reads, Passengers from different walks of life help bring justice to a tribal woman and her granddaughter.

Sunny Leone's Tamil debut 'Oh My Ghost', comedy horror film written and directed by actor R. Yuvan, who made his debut with Sindhanai Sei. The other actors are Sathish, Yogi Babu, Ramesh Thilak, Dharsha Gupta, and many more. The plot follows two friends who travel to a remote village and discover their connection to the village's supernatural past.

Driver Jamuna is directed by Kinslin, who made his debut with Vathikuchi (2013). The upcoming film, billed as a thriller, has Aishwarya playing a cab driver named Jamuna. The conflict is around Aishwarya getting entangled in a problem during a ride.