Sapthami Gowda, who played the lead role opposite Rishab Shetty in Kantara, will make her B-Town debut with 'The Kashmir Files' director Vivek Agnihotri's upcoming film, "The Vaccine War". The film is based on Indian scientists and the people who have sacrificed their day and night for over two years to develop corona vaccine. 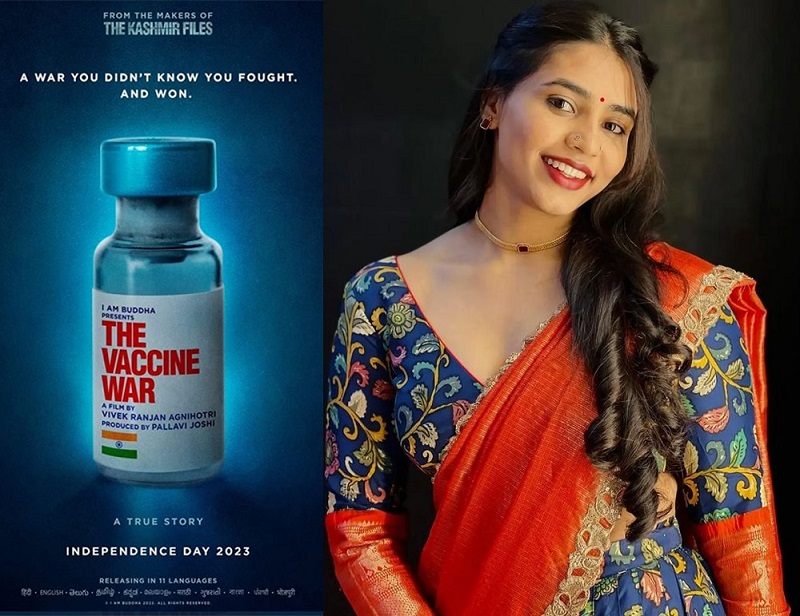 The film will move to Hyderabad for its final schedule. Sapthami will join the rest of the cast in the shooting. Bankrolled by Pallavi Joshi, who is also playing a pivotal role in The Vaccine War, the film features Anupam Kher, Nana Patekar, and Divya Seth among others.

Vivek Ranjan Agnihotri, along with the producer Pallavi Joshi, is all set to bring the movie to theatres on the occasion of the India's Independence Day on August 15, 2023 in 11 languages including Hindi, English, Gujarati, Punjabi, Bhojpuri, Bengali, Marathi, Telugu, Tamil, Kannada, Urdu, and Assamese.