Macho star Gopichand is presently doing his 30th movie under the direction of Sriwass. The film marks the director-hero duo’s third collaboration, having previously delivered two blockbusters with ‘Lakshyam’ and ‘Loukyam’. The upcoming film is produced by Vishwa Prasad and Vivek Kuchibhotla under the banner People Media Factory.

Rama Banam is said to be with a strong storyline that combines family emotions with a social message. Gopichand will be seen in a different role in this film. The film is being made on a grand scale with a high budget. 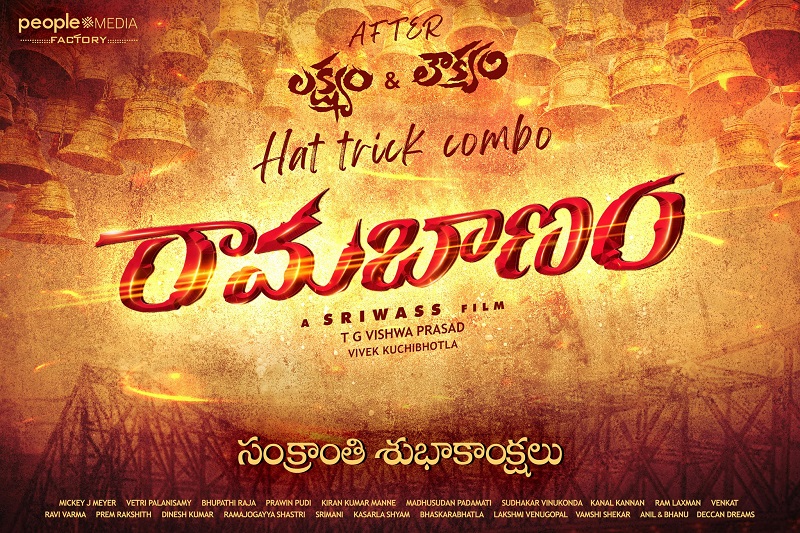 Dimple Hayati is the female lead, playing opposite Gopichand. Jagapathi Babu and Khushboo play important characters. Mickey J Meyer renders soundtracks for the movie, while Vetri Palanisamy is the cinematographer. The film is scheduled for release in summer 2023.