PS1 actor Jayam Ravi's next, which was until now being referred to as JR29, has been titled Iraivan. The film is directed by Ahmed, who had earlier helmed Manithan. Jayam Ravi’s heroine is Nayanthara. Billed to be a commercial entertainer, Ravi is speculated to be playing a cop in Iraivan, which will have music by Yuvan Shankar Raja. Ravi has previously played cops in films like Thani Oruvan and Bogan.

Backed by Sudhan Sundaram and Jayaram G of Passion Studios, Iraivan has cinematography by Hari K Vedanth, and editing by Manikanda Balaji. This is the second collaboration of Ravi and Nayanthara after Thani Oruvan.

The first look of Jayam Ravi starrer ‘Iraivan’ has been released now. The poster has an intense Ravi with the shadow of Nayanthara and him in the background. The release details of the film have not been released. 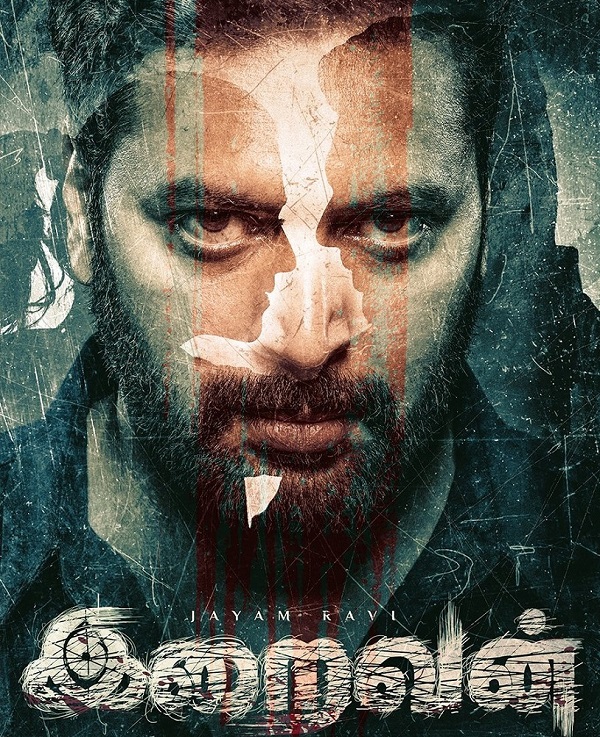 Jayam Ravi has Kalyana Krishnan's Agilan, and Antony Bhagyaraj's Siren coming up. Meanwhile, Nayanthara is gearing up for her big Bollywood debut with the Atlee-directorial, Jawan, which stars Shah Rukh Khan in the lead.