Keerthy Suresh is teaming up with director K Chandru for her next, which is titled "Revolver Rita". It may be noted that director K Chandru is making a comeback with Revolver Rita after Naveena Saraswathi Sabatham (2013). Keerthy is said to play the lead role. Samantha took to her social media handles and launched the first look and announced the title. The poster features a sketch of Keerthy Suresh holding two revolver guns. 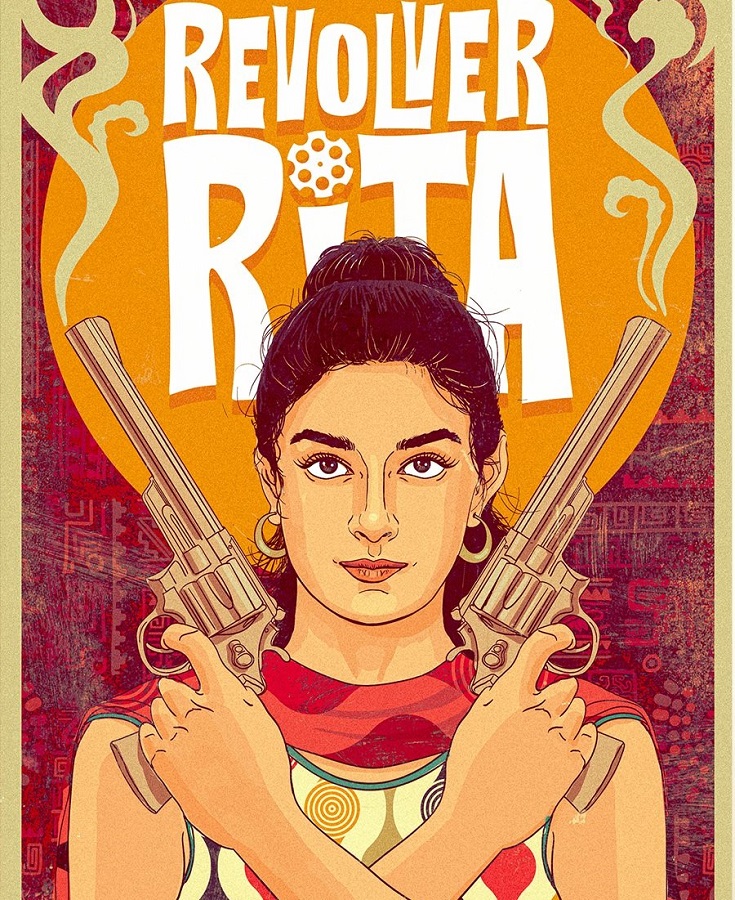 The technical crew of the film consists of cinematographer Dinesh Krishnan B, editor Praveen KL and art director Vinoth Rajkumar. The film is produced by Sudhan Sundaram and Jagadish Palanisamy. Aishwarya Suresh serves as the creative producer.

Keerthy Suresh has a fantastic line-up for release in 2023. She will be next seen in Dasara, Bhola Shankar, Maamannan, Siren and Raghu Thatha.