What to Watch This Week: From Dhamaka to Kaapa, a list of OTT releases

Streaming platforms are back with a fresh slate of releases on 2023 January third week. Here is a quick look at what's arriving on Netflix, Amazon Prime Video, Aha Video and other platforms this week. 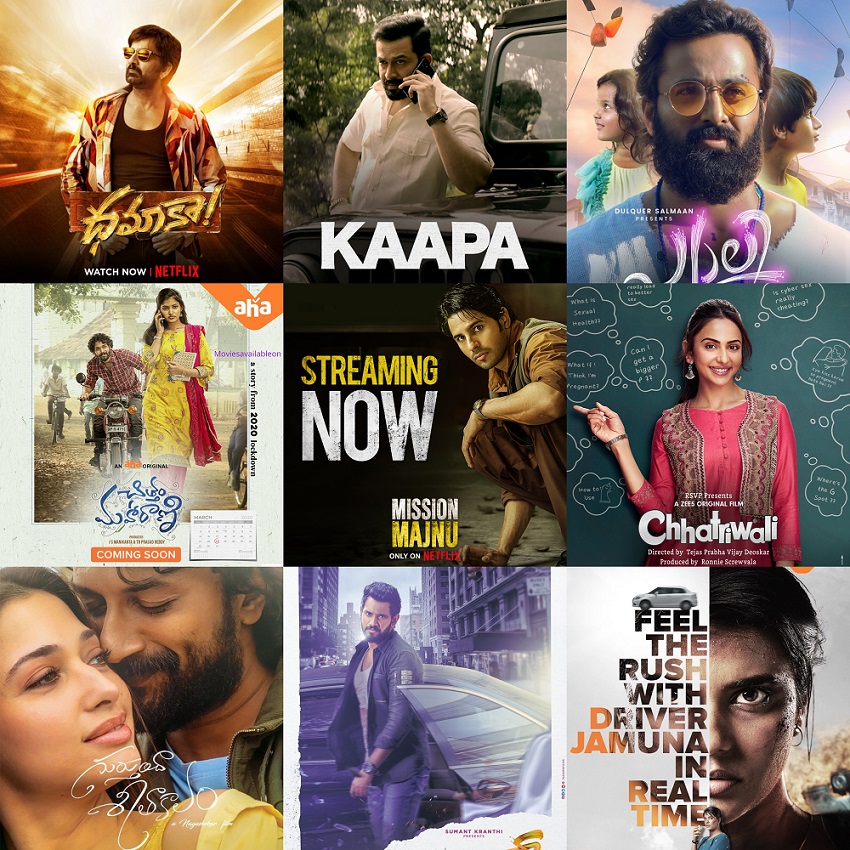 Prithviraj’s final release of 2022, Kaapa, gangster drama, which is helmed by Shaji Kailas, is based on GR Indugopan’s novel Shankhumukhi, which tells the story of the invisible underworld in the city of Thiruvananthapuram. The film has an ensemble cast featuring Asif Ali, Aparna Balamurali, Anna Ben, Dileesh Pothan and Jagadeesh in pivotal roles.

Mass Maharaja Ravi Teja’s Dhamaka brought a huge cheer to the exhibition sector by raking in huge revenues. It has become the biggest hit in the actor’s career. Trinadha Rao Nakkina was the director, and Sree Leela played the leading lady.

Aishwarya Rajesh essays the titular character of ‘Jamuna’ in the 2022 women-centric film directed by P Kinslin. The film is about a cab driver who gets stuck in a complex situation due to a few henchmen who hire her taxi. The cast includes Manikandan Rajesh, Aadukalam Naren, and Kavitha Bharathi.

Mission Majnu was directed by Shantanu Bagchi. This is the debut of the movie. Sidharth Malhotra, to play the role of an Indian spy who went to Pakistan for a covert spy mission and Rashmika Mandanna plays the role of his wife in the movie. The movie also stars Kumud Mishra, Mir Sarwar, Parmeet Sethi, Sharib Hashmi and Zakir Hussain.

Shivatejass is the director of the romantic comedy Dilpasand. Darling Krishna, Nishvika Naidu, and Megha Shetty play the key roles in the film. A Cute and Romantic Love story presented keeping in mind today’s generation.

Romantic comedy Chittam Maharani, starring newcomers Yazurved and Rachana Inder in lead roles. It is touted to be a rural love story and the film helmed by Akula Kasi Viswanath and produced by JS Manikanta, Prasad Reddy TR.